Last year when we visited Menton, France and Ventimiglio, Italy we travelled through Monaco, but did not set foot on terra firma of this postcard-size country. For that reason I did not feel comfortable mentioning or claiming it as a country we've visited, but as of this week that's all changed. Monaco is officially #27 on our list. 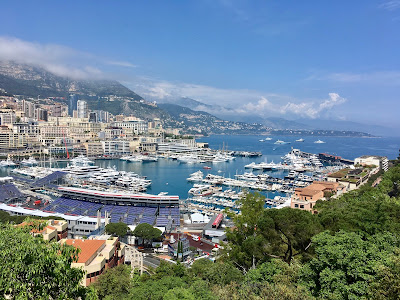 While Monaco is known for its wealth, getting there from Nice is both easy and economical. One option is to travel by train or the #100 bus that conveniently leaves from the port. For €1.50/person each way we opted for the bus. Once onboard we sat back and savoured the breathtaking views of the Med and numerous communities during the 35-minute trip. 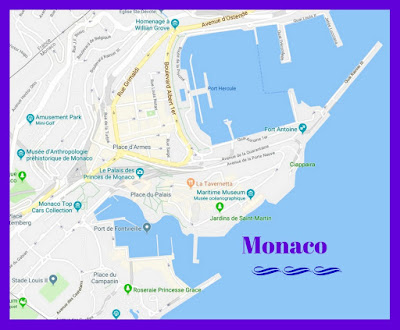 First a few details about Monaco. It's small. Just under 500 acres in total. It's also the most densely populated country in the world as a result, although its inhabitants number only 38,500. Plus, it is the wealthiest nation with one in three Monegasque being millionaires. Monaco may be small, but we focused on one small corner of the country - the old medieval town known as Le Rocher (the Rock) 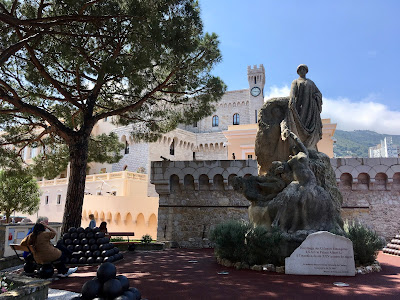 One of the most visited sites on Le Rocher is the Prince's Palace. This is the official residence of the Sovereign prince of Monaco and has been since 1191. This statue commemorates the night of January 8, 1297 when Francesco Grimaldi captured the Rock and claimed it as his own. He apparently did so disguised in a monastic robe, hence his garment below. 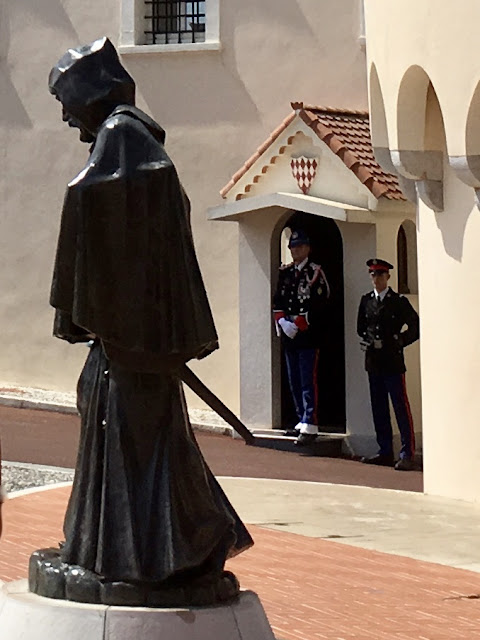 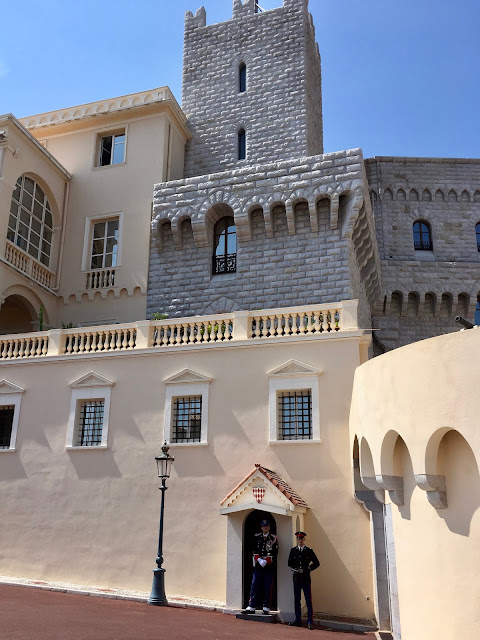 Nearby the palace is the old town with its narrow pedestrian streets, shops and restaurants. 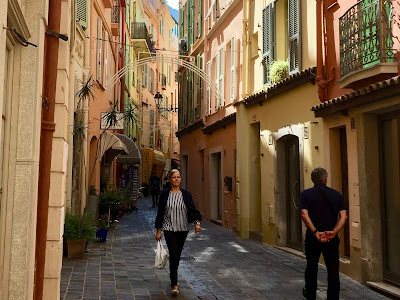 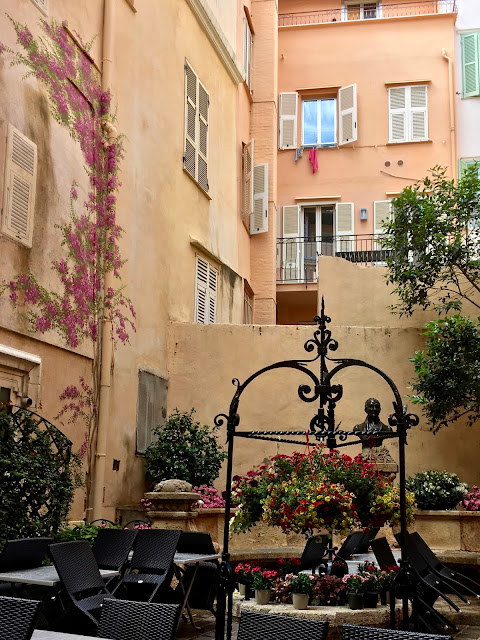 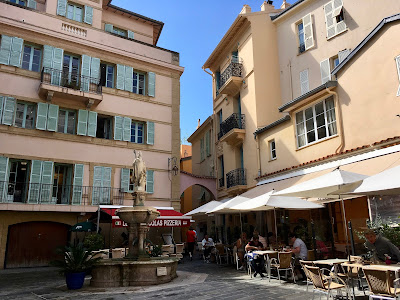 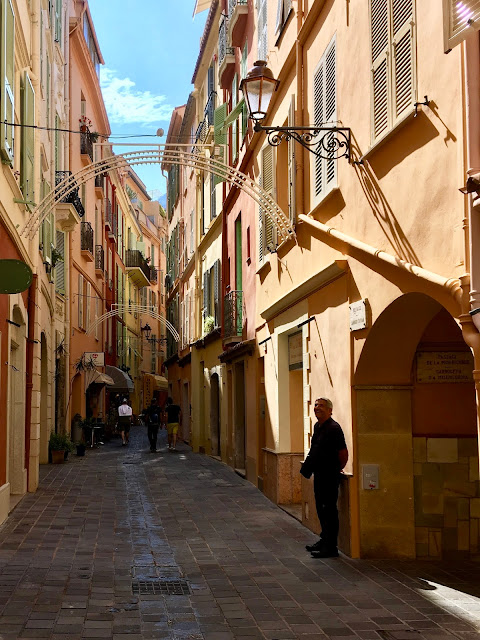 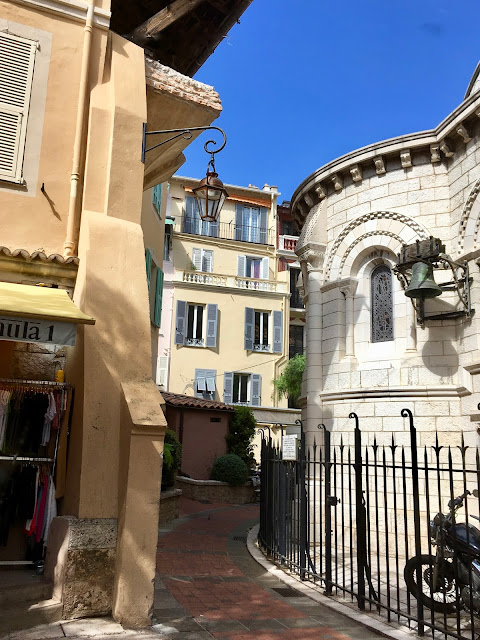 Before we left Nice we checked the weather report and the chance of rain was less than 20% so we figured we were in the clear. Wrong! By the time we reached Villefranche it began to rain and it continued for a good hour after we arrived in Monaco. Needless to say it put a damper on the experience, however, once we ducked inside the Restaurant La Tavernetta, ordered a bottle of wine, salad and pizza we were good to go! 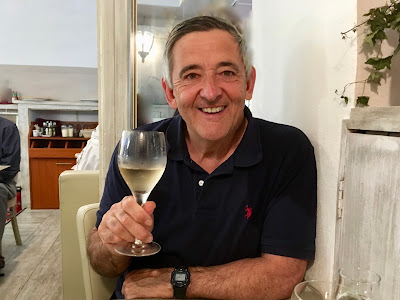 By the time we finished lunch the rain and clouds had disappeared and that made all the difference in the world. 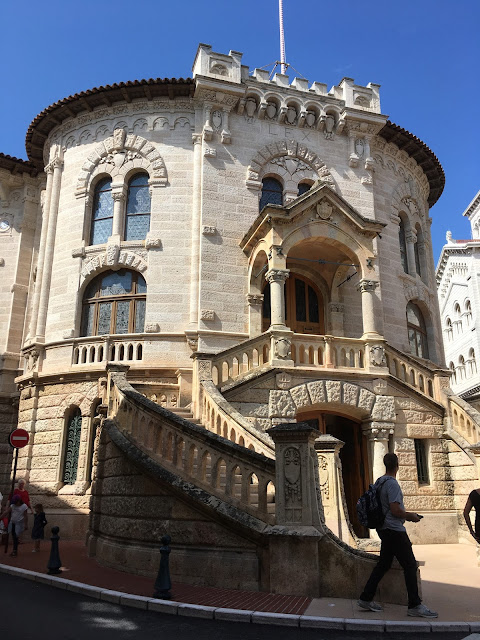 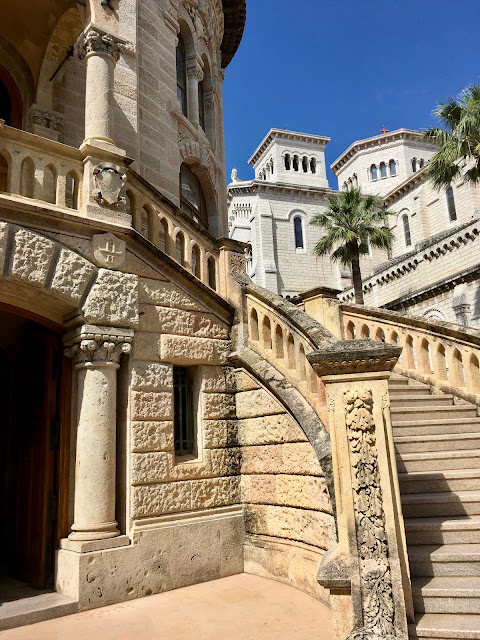 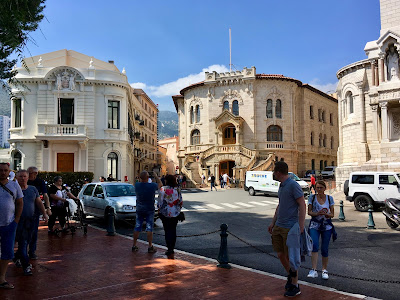 The Saint Nicholas Cathedral on the right below is where many of the Grimaldi are buried including Princess Grace (Kelly) and her husband Ranier III. 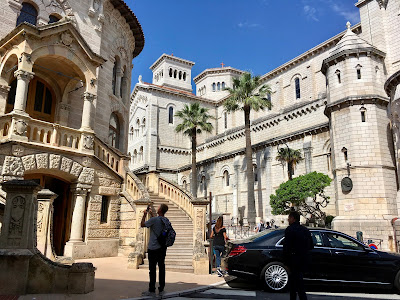 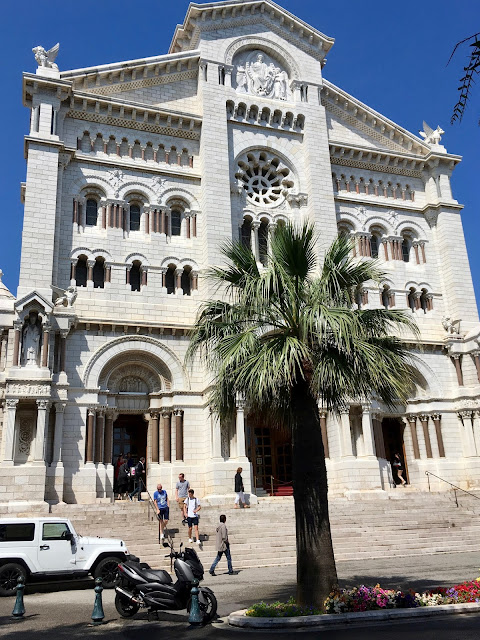 Opposite the cathedral is a park and walkway that literally hugs the rugged coastline cliffs.

It offered some incredible views and photographic opportunities of Port de Fontveille. 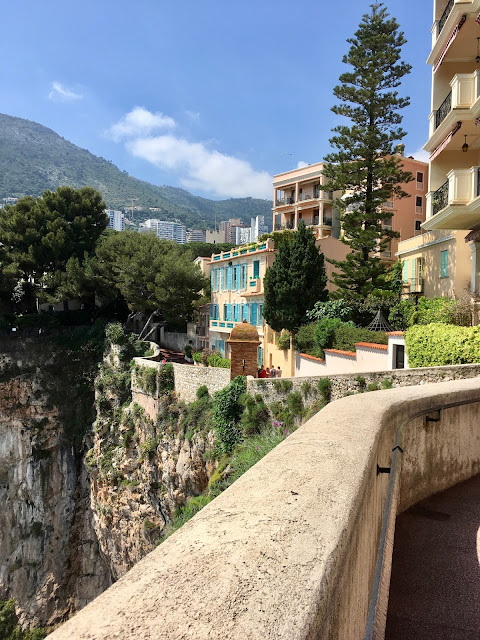 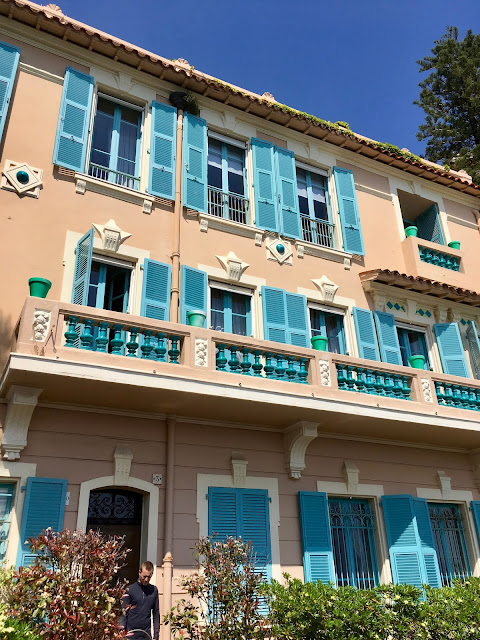 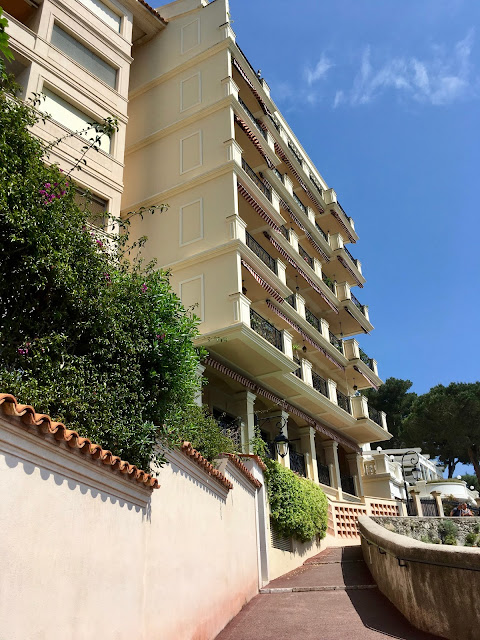 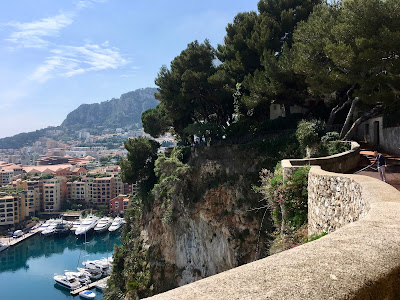 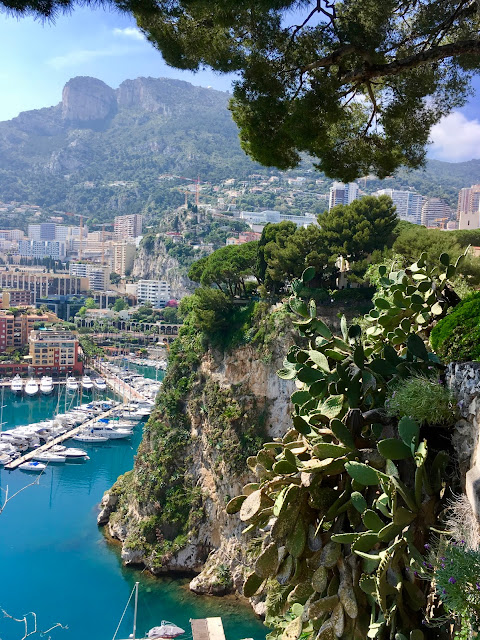 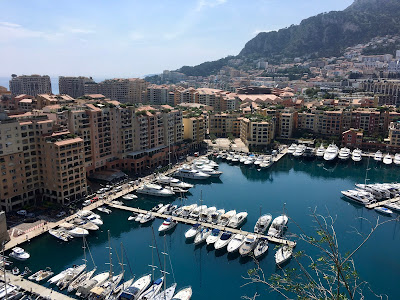 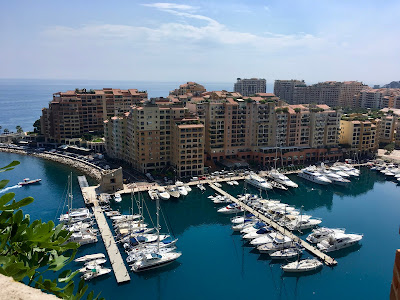 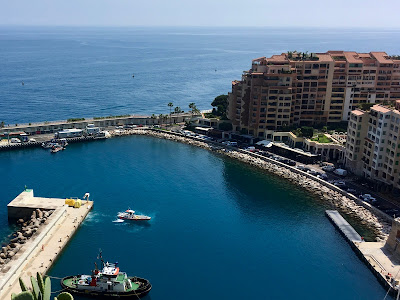 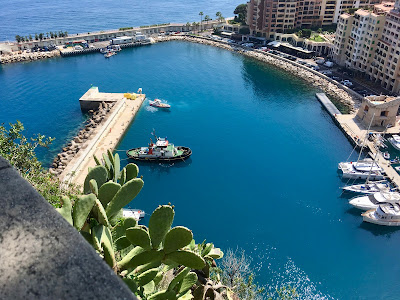