Ships at the Port, Nice, FR

On the morning of April 25, 2018 the Hermione sailed into Nice Port amid much fanfare. 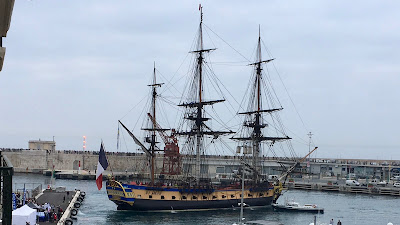 The Hermione is a reproduction of the 1779 Hermione which achieved fame by ferrying General La Fayette to the United States in 1780 to allow him to rejoin the American side in the American Revolutionary War. 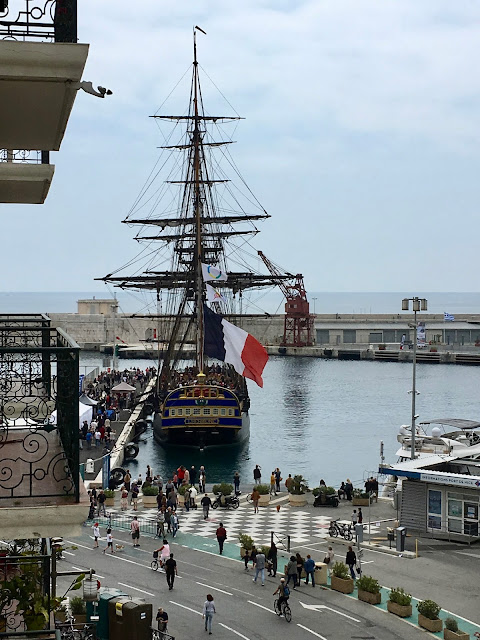 This 32-gun Concorde-class frigate is fitted for 12-pounder guns and was built in Rochefort, France by the Asselin organization in 2014. It seemed that everyone in Nice, ourselves included, wanted a closer look. 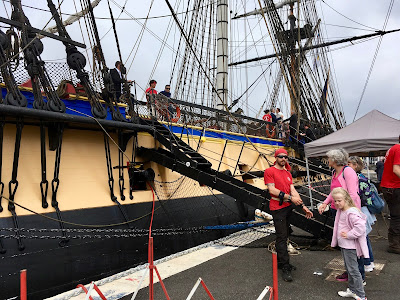 Tickets to board the Hermione were sold out far in advance of her arrival at the port so we admired her from the dock. 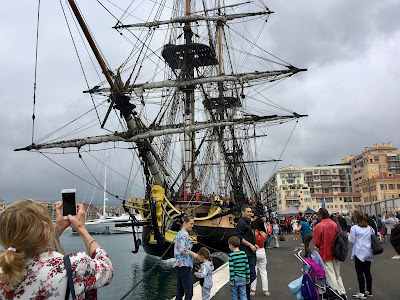 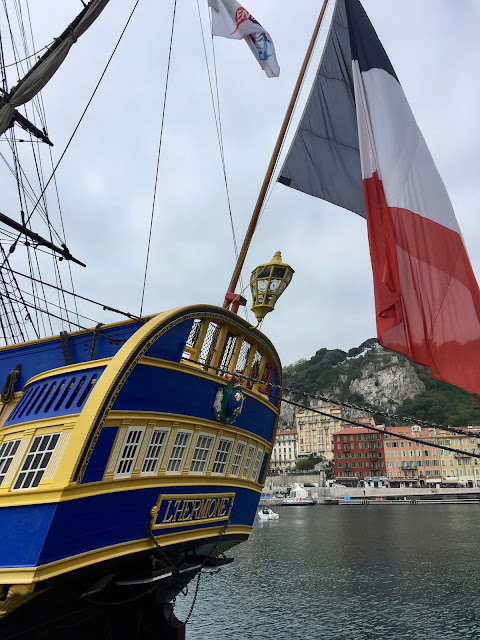 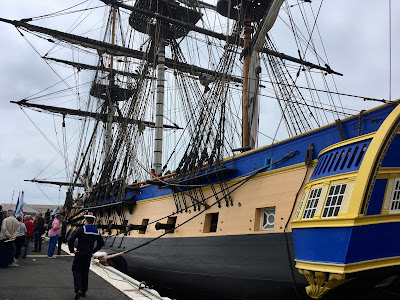 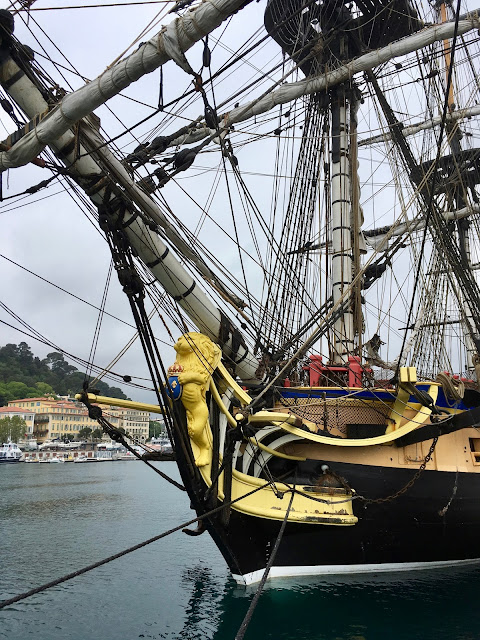 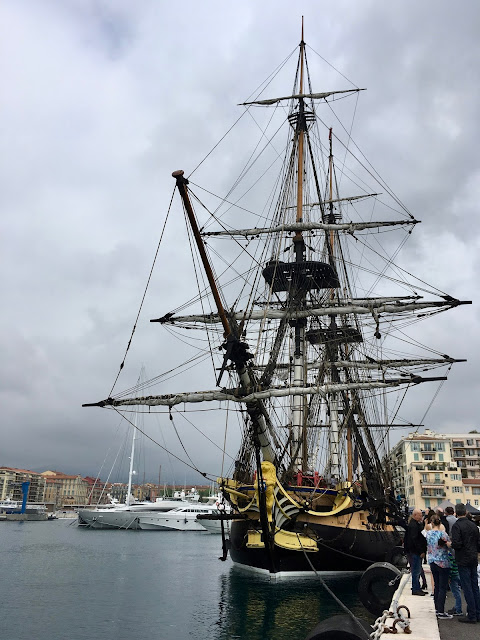 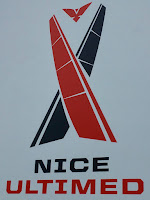 A few days later three trimarans arrived in the port for the Nice Ultimed racing event. These super sleek ships, captained by Thomas Coville (Sodebo Ultim), Francis Joyon (IDEC SPORT) and Yves Le Blevec (Actual-Grand Large Emotion) have all set a number of world records and will compete against each other in tomorrow's race that departs from Nice and sails past Corsica, Sardinia, Baleares and back along the Cote d'Azur to return to Nice on May 5. The celebratory finale of the Nice Ultimed takes place May 6th with a Parade Nautique. More than 100 ships are scheduled to take part alongside the trimarans and will sail from the port to the airport along the 7-km long Promenade des Anglais. Can't wait for that spectacle! 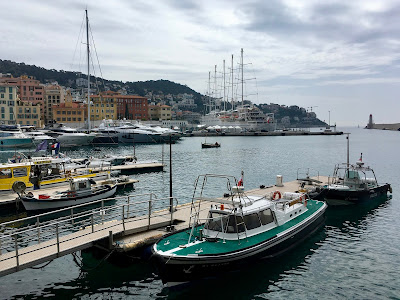 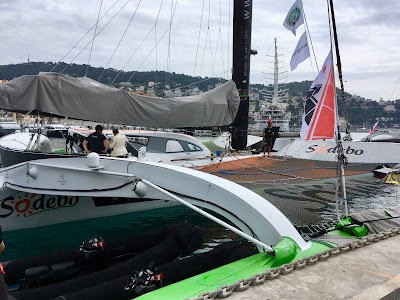 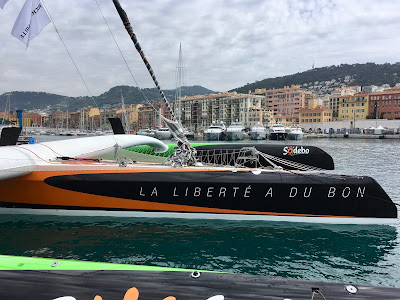 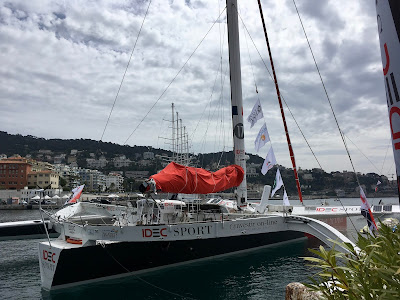 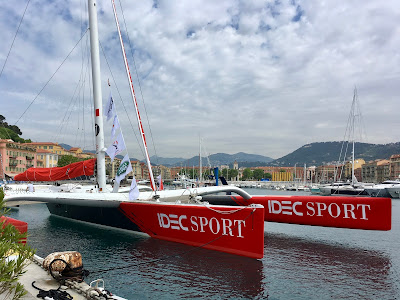 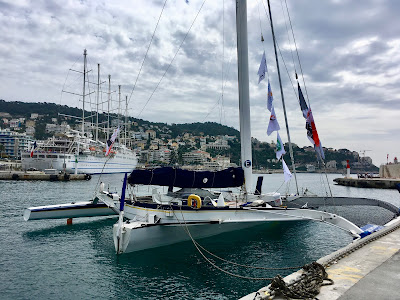 To give some idea of the size of these trimarans I found this visual display (below) very helpful. For instance these sailing ships are 30 metres in length, just five metres shorter than the arch of the Arc de Triomphe, yet five metres longer than the base of the Louvre glass pyramid. And weighing in at 15 tons, each vessel weighs the equivalent of three elephants. 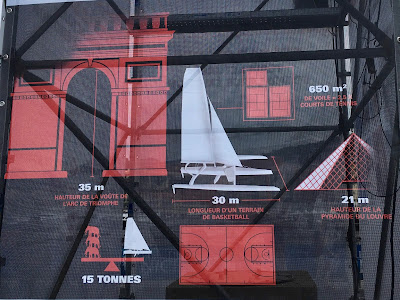 Landrover is affiliated with the race and many people who came to view the trimarans were delighted to have the opportunity to ride in one of their vehicles on a mini obstacle course. At times only three wheels touched the ground. 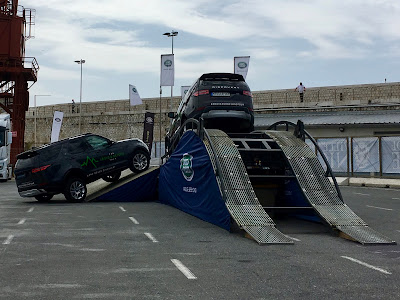 Also in port that day was this cruise ship. I believe it is the Wind Surf of the Windstar line that offers 7-day cruises from Rome to Nice. 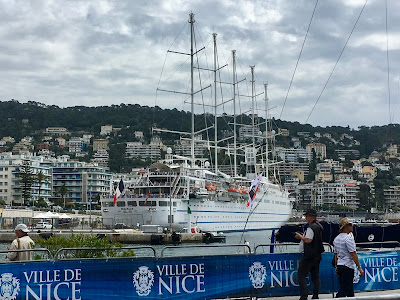 Next we strolled along the Promenade des Anglais past the war memorial on the tip of Rauba Capeù... 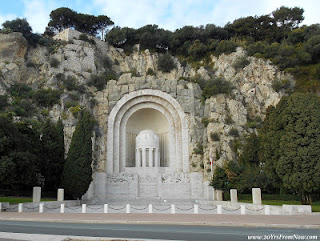 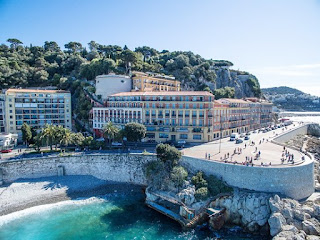 ...and decided to head up to Castle Hill for a cup of coffee at the cafe. 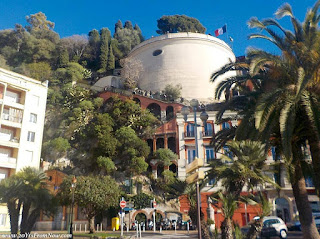 There is an elevator inside the tower (above) and because it's always been closed on our previous visits I was determined to take it this time. The cue, however, was a little more than John could handle, so he walked up while I waited. 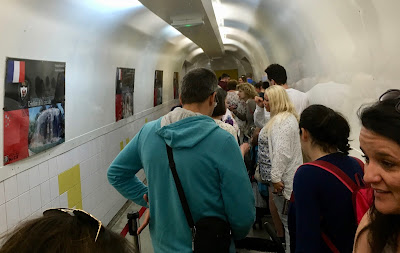 As it turned out only one of the two elevators were operational, and as each can only squeeze in 8 to 9 people it took a little longer than expected. BUT, I persevered and am happy to say I've done the Castle Hill elevator. I can now cross it off my list! Regardless if one choses to climb or take the elevator the view is definitely worth it. 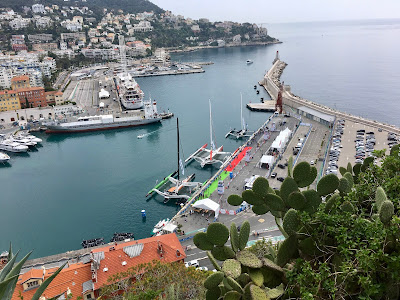 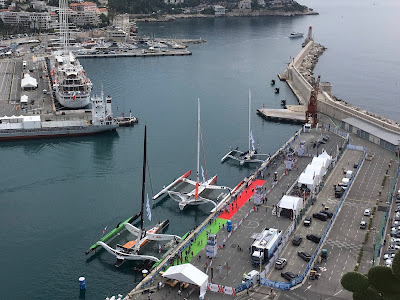 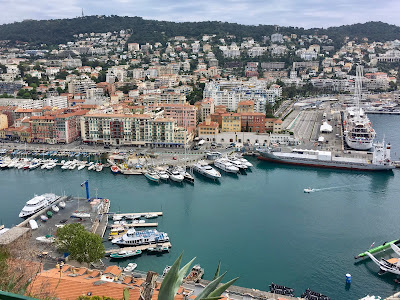 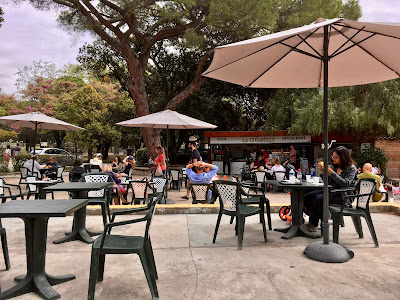 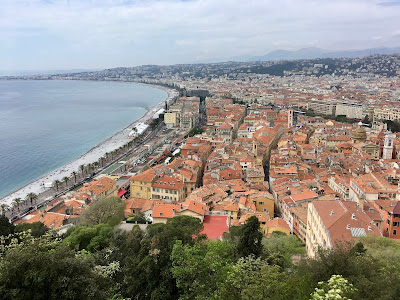 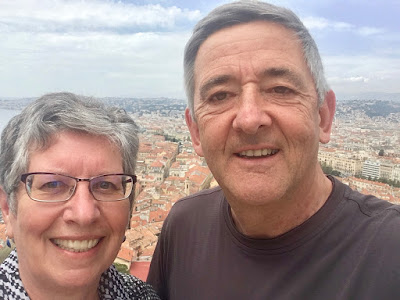 As we headed down the eastern staircase and road to the port I captured one last photograph of Castle Hill. 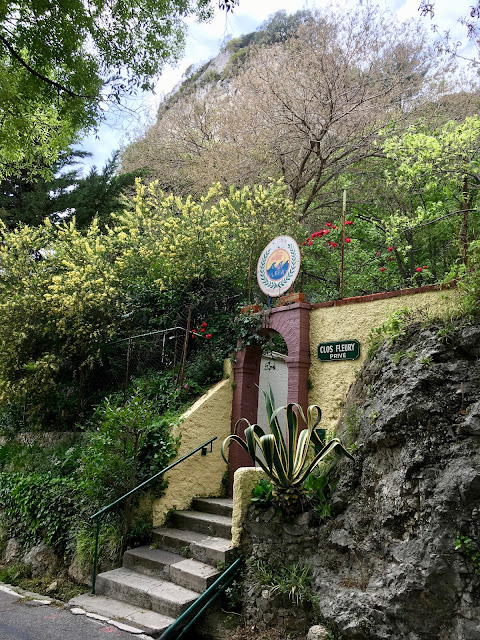 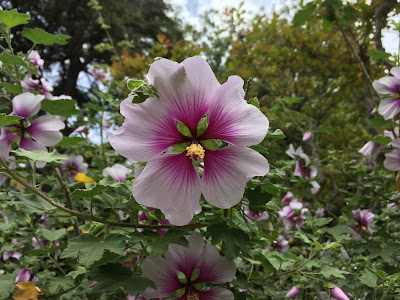