Two easy to reach destinations by public transportation from Nice include Vence: a hilltop medieval village and Cagnes-sur-Mer: a lovely town on the Mediterranean where the French painter, Auguste Renoir, lived and painted during his final years. 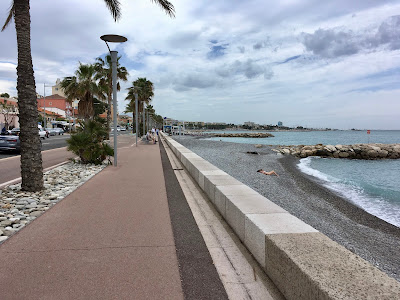 Cagnes-sur-Mer is approximately a 30-minute ride from the downtown Nice Albert 1er/Verdun bus stop, whereas continuing on to Vence (via the same bus) takes a little under an hour. Both journeys provide ample opportunity to take in the ever changing landscape and for €2/person return it's an economical and stress-free way to travel. 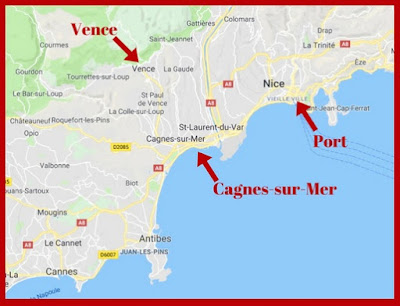 While the beach area along the Promenade des Anglais in Nice is somewhat of an upscale destination Cagnes-sur-Mer is more laid-back and family friendly. I couldn't help but smile when we passed a mother, father and daughter on the Promenade de la Plage. They were all clad in beach attire and the father had nonchalantly tucked a large blow-up shark water toy under his arm. Too cute!

The Cagnes-sur-Mer boardwalk stretches for about one kilometre along the Med and can be strolled at a leisurely pace in both directions in less than 60-minutes. All along the north side of the road are restaurants, shops and ice-cream parlours with a handful of restaurants situated directly on the beach side as shown in the photo above. 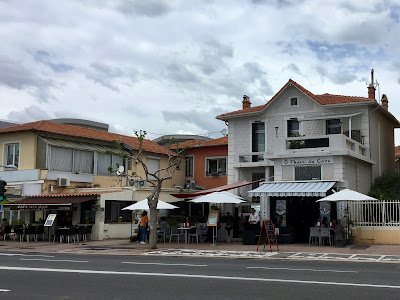 We stopped for lunch at Gusto and because it was a windy day sat inside. The wide open floor-to-ceiling sliding glass doors, however, provided just the right amount of fresh sea air. 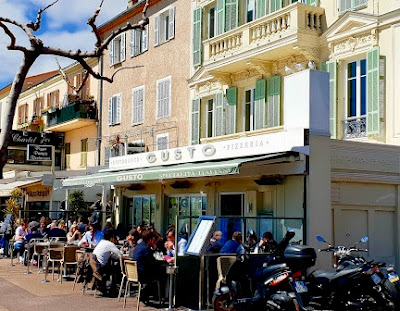 Initially we were going to order pizza as this restaurant is noted for its Sicilian flare. However, once I spotted the swordfish entree at the next table that was that! John agreed and ordered it as well. 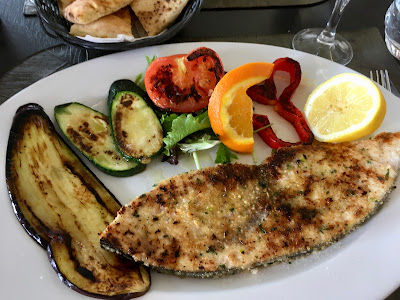 And yes, we enjoyed every delicious morsel! 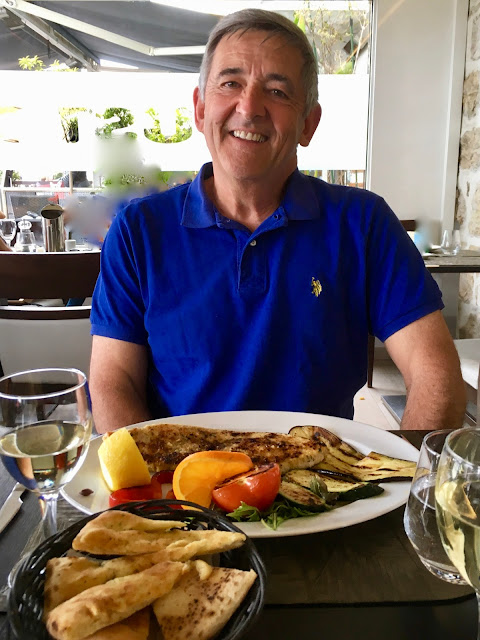 Speaking of meals, we had two of our most memorable lunches in Vence in 2017 and while that wasn't the only reason we returned to Vence this year it was definitely a catalyst. 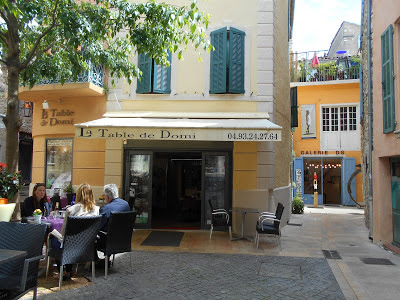 Our lunch at La Table de Domi impressed and delighted once again. The gracious Dominique serves entrees that rival the Jules Verne Restaurant meal we had at the Eiffel Tower. It goes without saying that we'll definitely return next year.

Last year we took so many photos of Vence that I required two blog posts to do them justice. Once again, these may be duplicates, but it doesn't matter. Vence is lovely whether it's a second, third or fourth time around. 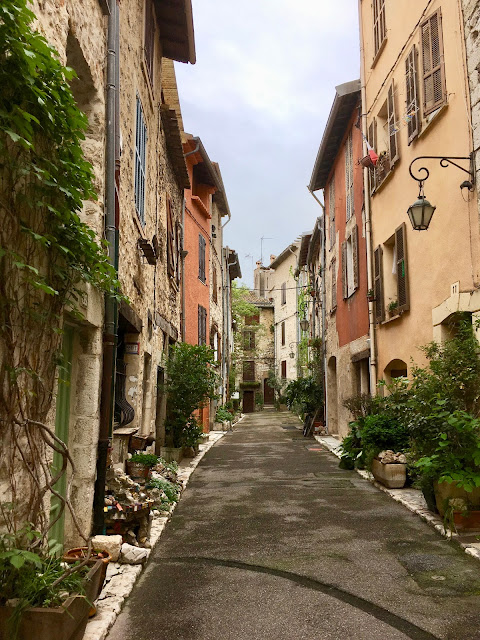 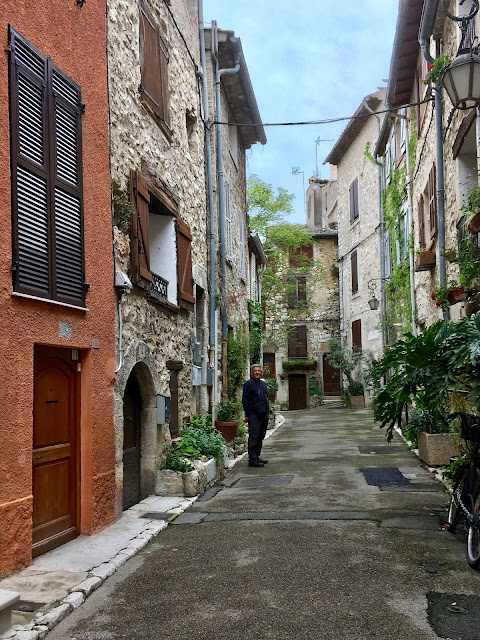 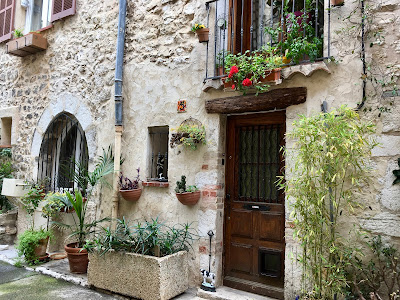 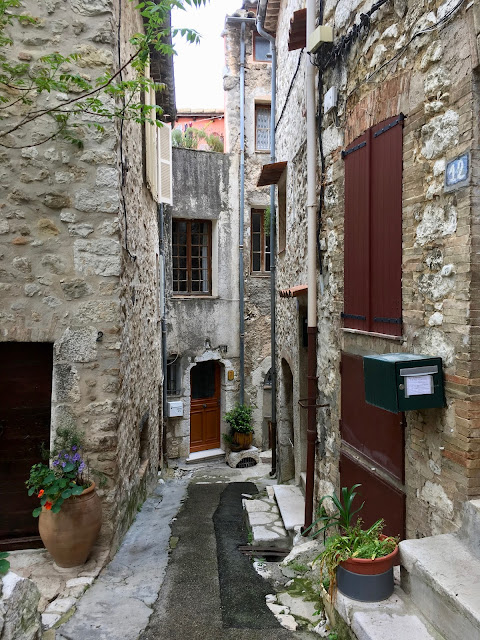 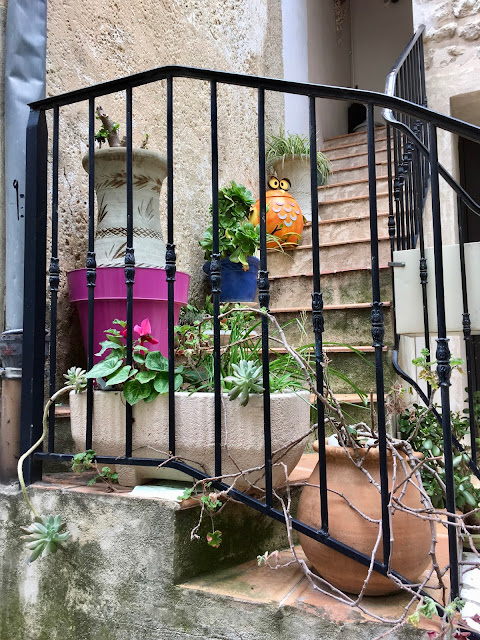 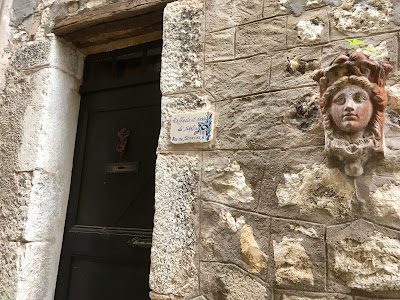 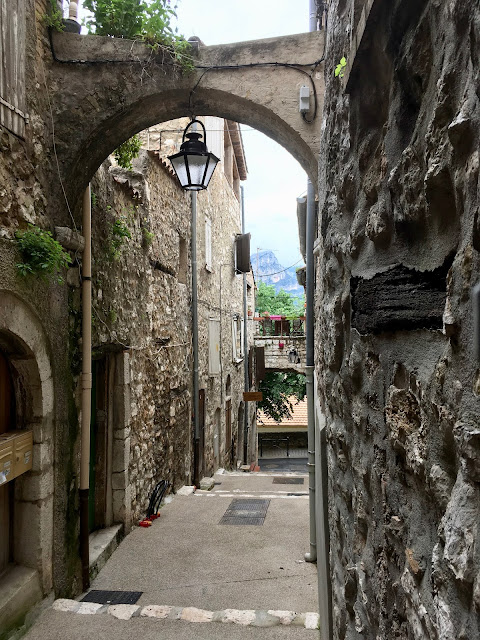 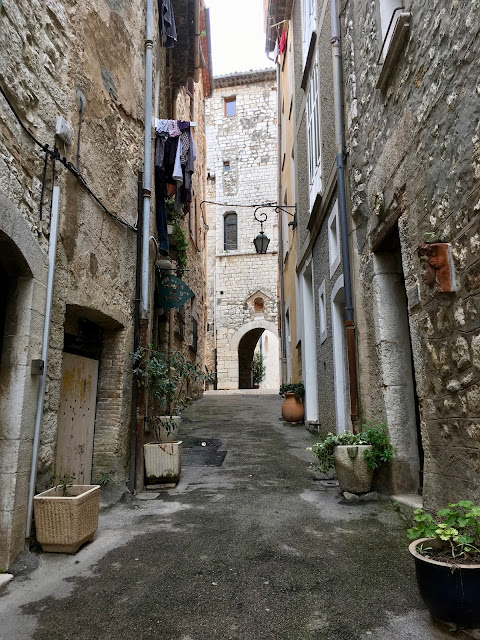