We've been home a little more than one month and it's been an enjoyable albeit busy four weeks. We've reconnected with a good many friends and family and settled back into a routine that for a change does not require a backpack! Even the gazebo is up, making the backyard a lovely outdoor space without the bugs. 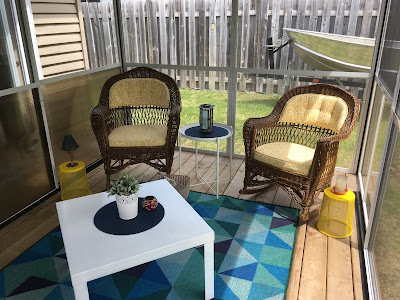 After John set up the gazebo he immediately turned his attention to kayaking and has managed to get out on one of the many nearby lakes or rivers on almost a daily basis. 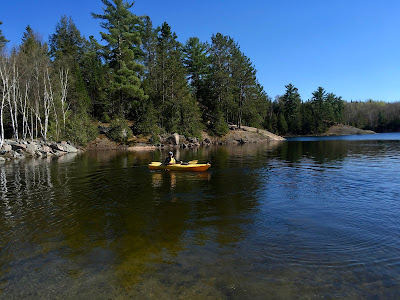 We also spent a week in Ottawa and enjoyed revisiting the Byward Market with its great food,  shops, souvenirs and photo ops. (And yes, I insisted John pose next to Mountie Moose!) 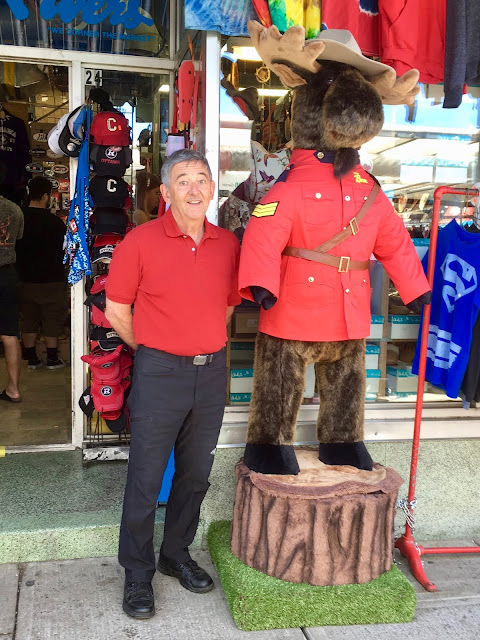 At one of the many artisan booths John spotted this maple leaf (it's real, btw) with an image of a kayaker cut into it and well, he just had to have it. 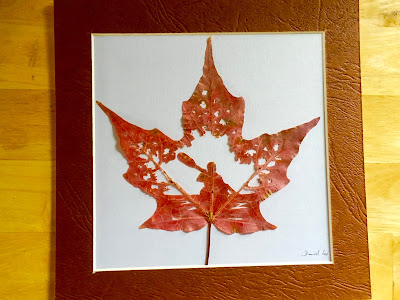 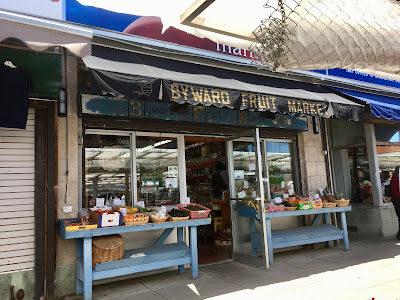 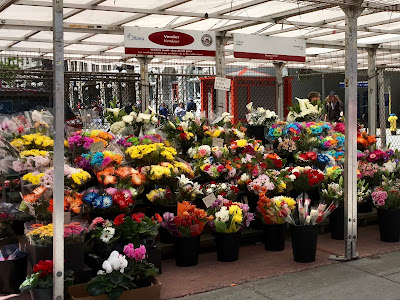 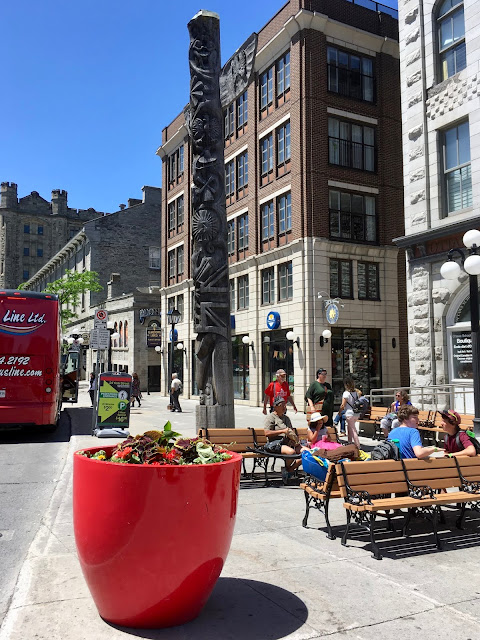 Back home in Elliot Lake the kayaking continued - this time with good friends, Dave and Flo, who came to visit for a few days from southern Ontario. 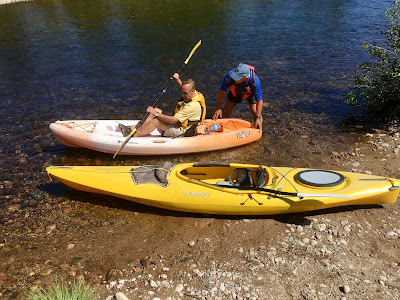 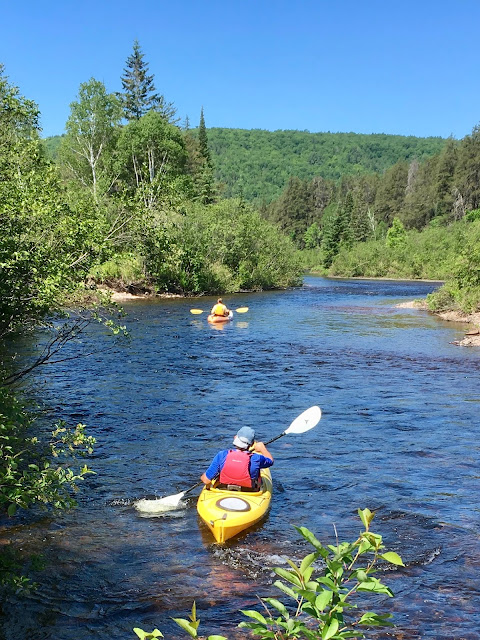 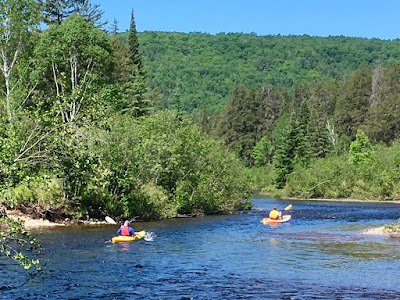 While Dave and John kayaked the Little White River, Flo and I drove downstream to admire the countryside. 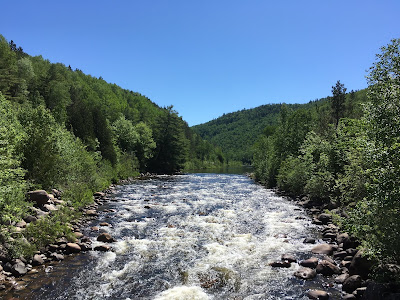 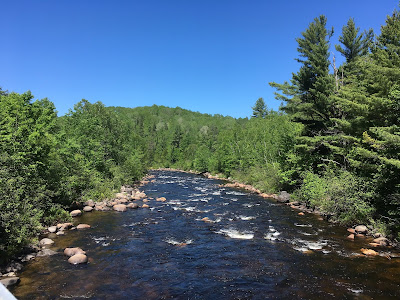 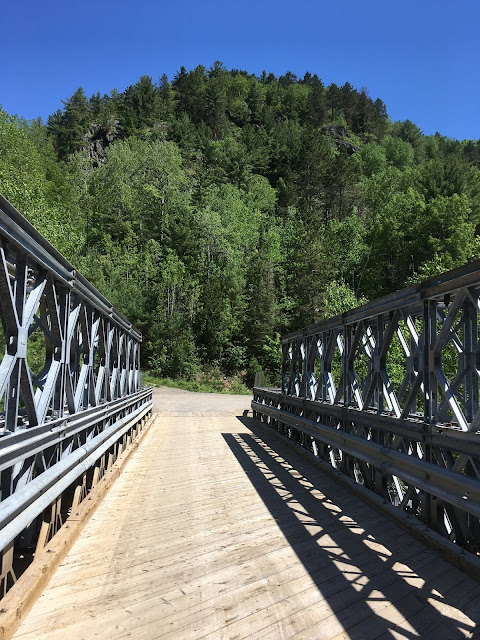 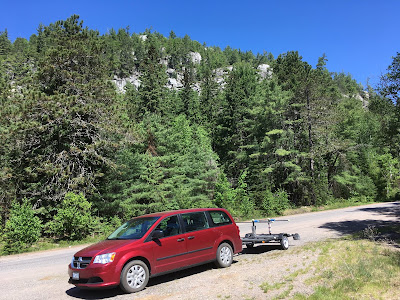 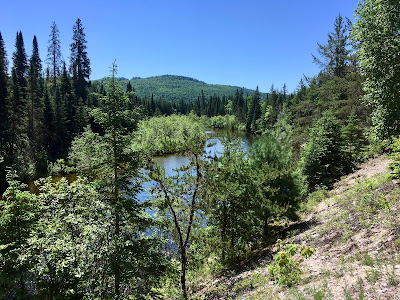 Three hours later the guys paddled round the curve in the river and joined us for a campfire cookout. 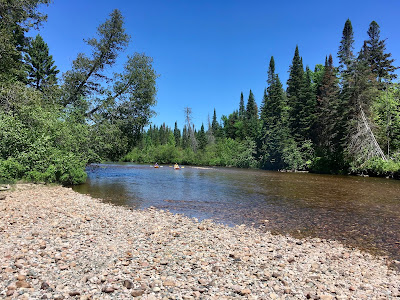 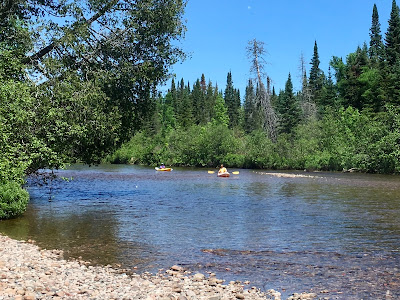 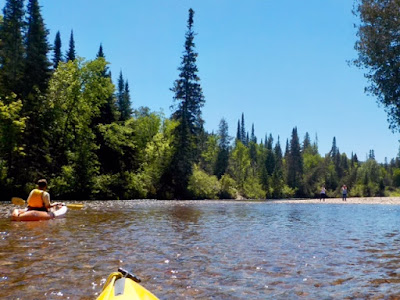 It's been a most enjoyable month and we've fingers crossed the warm weather and clear blue skies will continue for the remainder of the summer, but whatever happens it's lovely to be home.