The old adage that time flies is proving correct this summer. In the six weeks that have passed since my last post we've been busy, busy, busy and it's been hot, hot, hot. 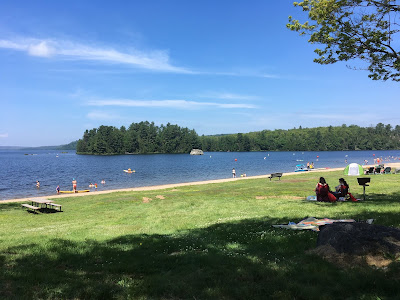 How hot? Scorching, and sadly with dreadful consequences. As of yesterday there are 39 active forest fires in the northeastern region of Ontario alone and of these, 14 are not yet under control. 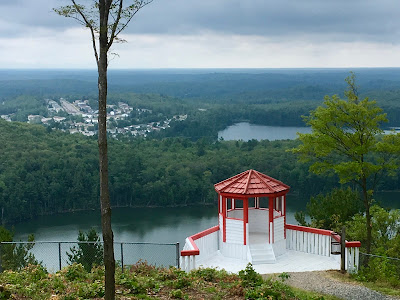 The majority are the result of lightening strikes and a few weeks ago we saw first hand the wrath of Mother Nature. It was a Saturday morning when a friend and I met for breakfast at a local restaurant. Halfway through our meal we heard the CBC radio announce the area was under a tornado watch. 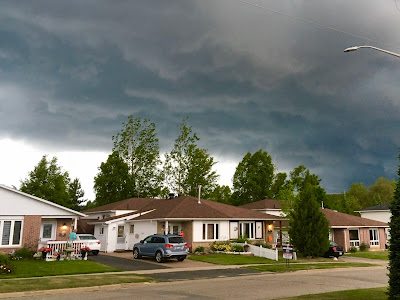 Around the same time participants at a craft show at the Pearson Centre were directed into the basement for safety. When the the downpour began it looked more like early evening than midday, but thankfully no tornados touched down. 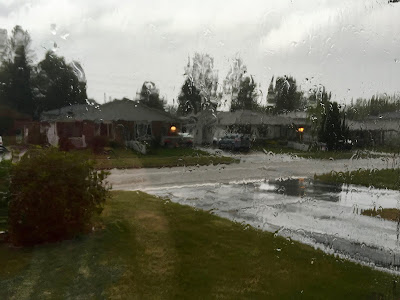 The rain was far from enough to extinguish the fires, although the tiny bit of moisture proved beneficial to our hanging basket. Fingers crossed the additional rainfall we've had this week and last will help the firefighters. 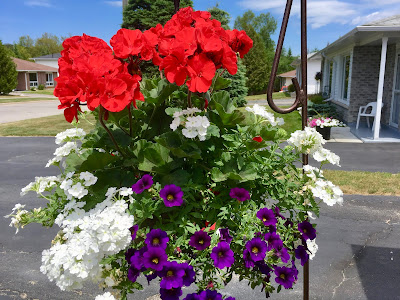 Between reconnecting with friends and family in Ontario (and John out kayaking as often as is humanly possible!) we also spent a weekend with our daughter and son-in-law in Boston. This time they introduced us to nearby Ipswich, a quaint New England town of about 13,000. 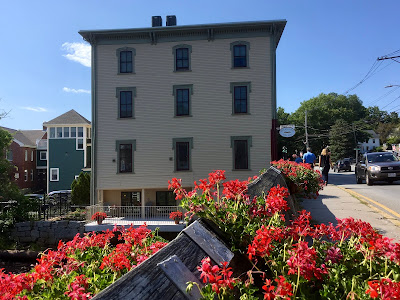 I took the photo above and below while standing on the Choate Bridge. Constructed in 1764 by Col. John Choate it is the oldest surviving double stone arched bridge in North America. 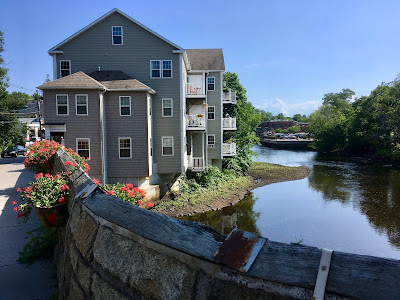 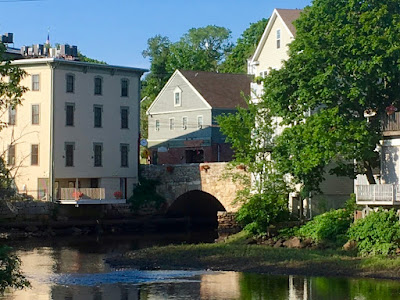 Next stop was the Choate Bridge Pub where we had a delicious lunch. (I can personally vouch for the Baked Haddock!)

Afterward, we walked around town and took in the scenic Ipswich Riverwalk. 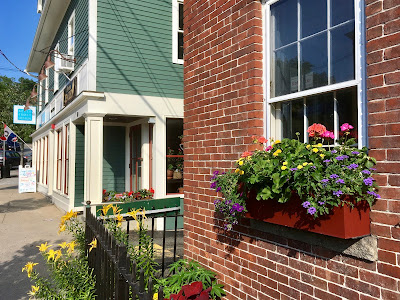 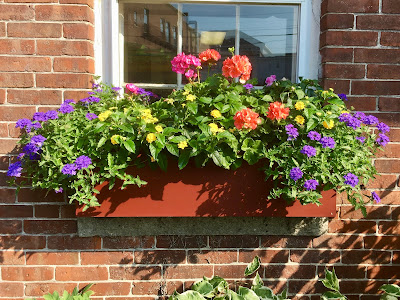 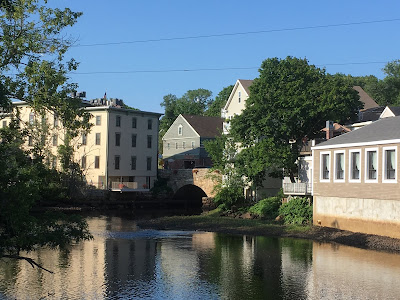 On the left in the next photo is the site of the Ipswich Riverwalk Mural. 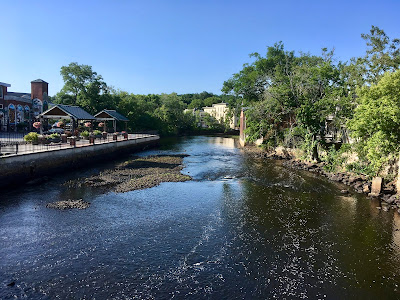 Commissioned in 2005 and painted by Alan Pearsall, this 2,700 square foot mural adorns an old mill and features the town's history. 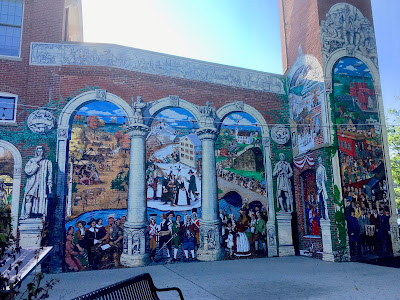 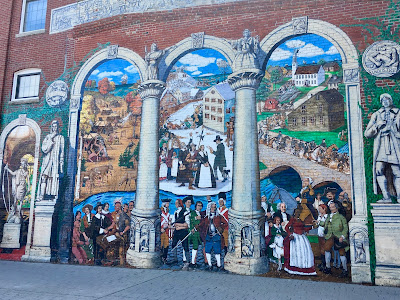 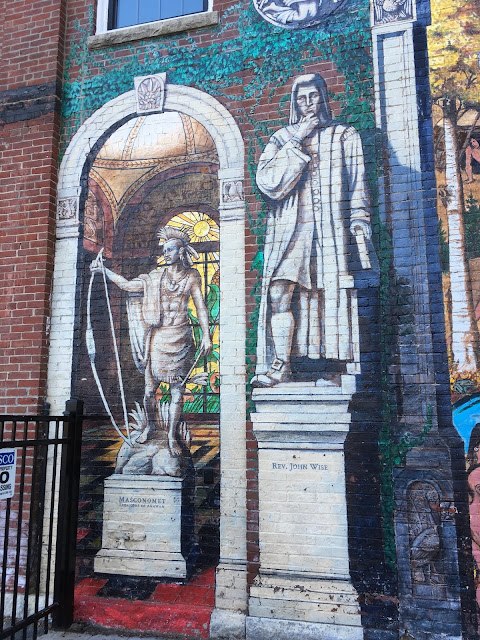 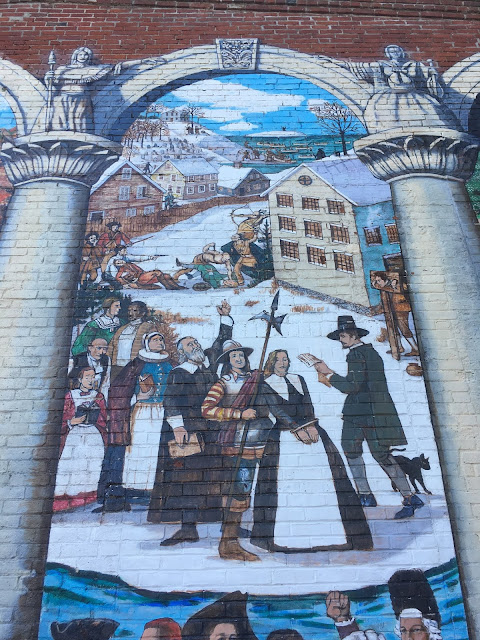 A few blocks away is the Whipple House constructed by Captain John Whipple in 1677. 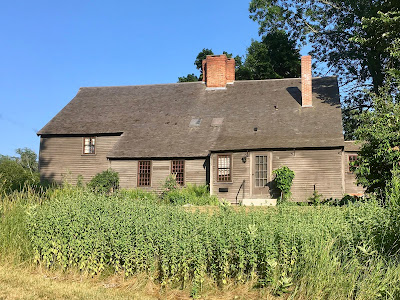 The Alexander Knight house (below) is a replica of the one room homes the majority of settlers would have lived in. 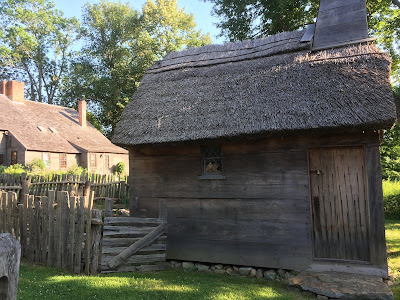 We also went for a lovely stroll on Crane Beach that stretches for miles along the Atlantic coastline. 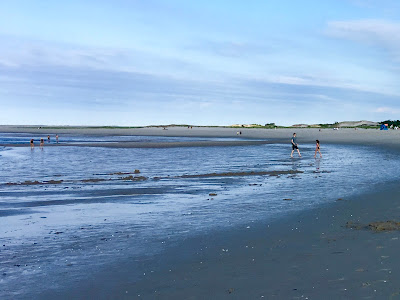 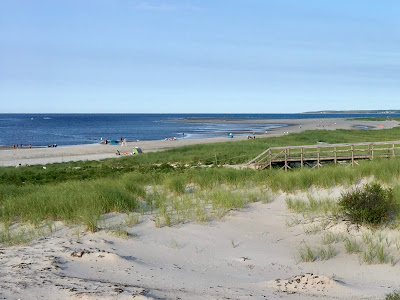 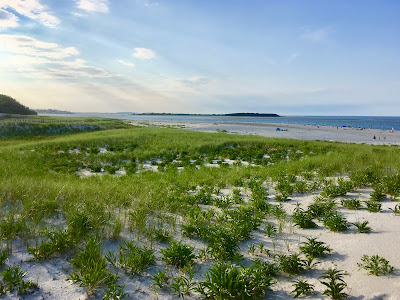 We thoroughly enjoyed our visit to Boston and never tire of the scenery on the trip through New Hampshire to Quebec. The Franconian Notch in the White Mountains is spectacular. 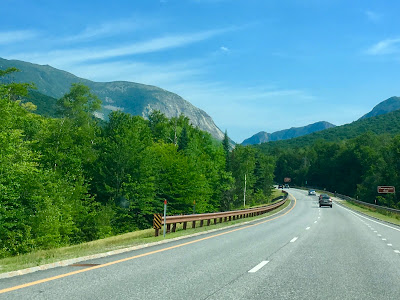 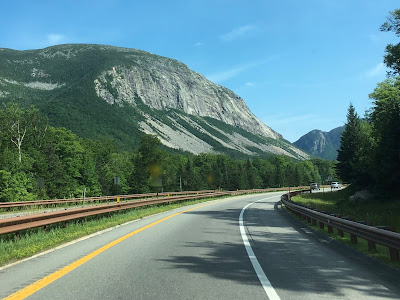 Upon our return home John discovered a family of six raccoons had taken up residence on our property! Fortunately, they moved out the following day and as adorable as they are we've not seen them since. 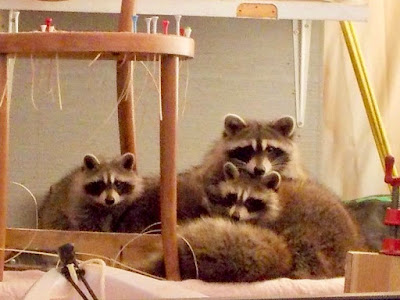 We also caught up with some wonderful human friends as well! 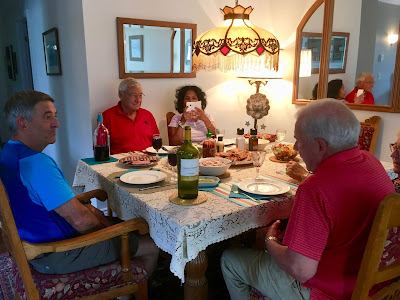 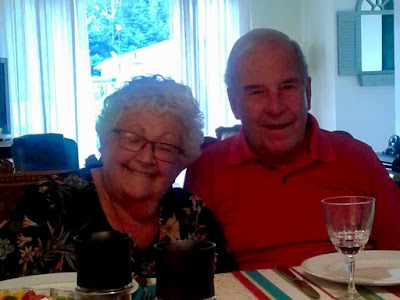 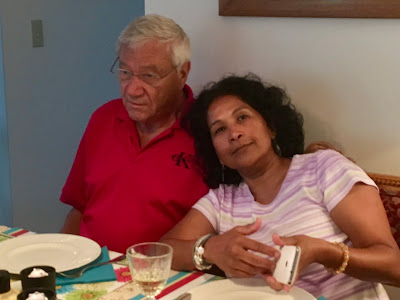 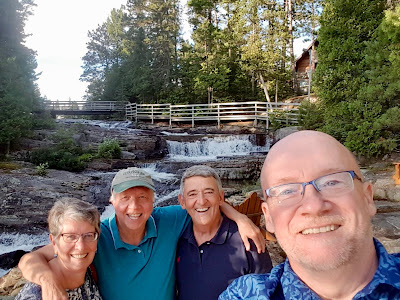 There's nothing better than summertime spent with friends and family.