September has come and (almost) gone which is a shame because it's our favourite month of the year here in northern Ontario. The temperature is moderate, there are virtually no bugs and the vibrant fall colours are a spectacle that continue to amaze. Add friends, another Chi-Cheemaun ferry ride from South Baymouth to Tobermory and a second successful cataract eye surgery to the mix and what's not to love?

We spent the Labour Day weekend at our friend's Fred and Maxine's cottage on Lake Huron. Unfortunately, our adventure began with a torrential downpour in Elliot Lake and it was so unrelenting we opted to wait it out before jumping in the van and driving the 80 minutes to their cottage. 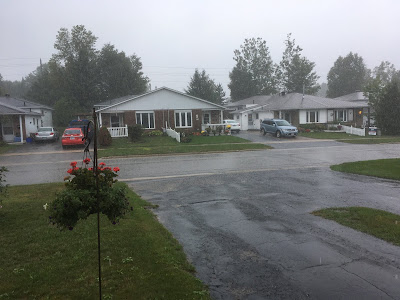 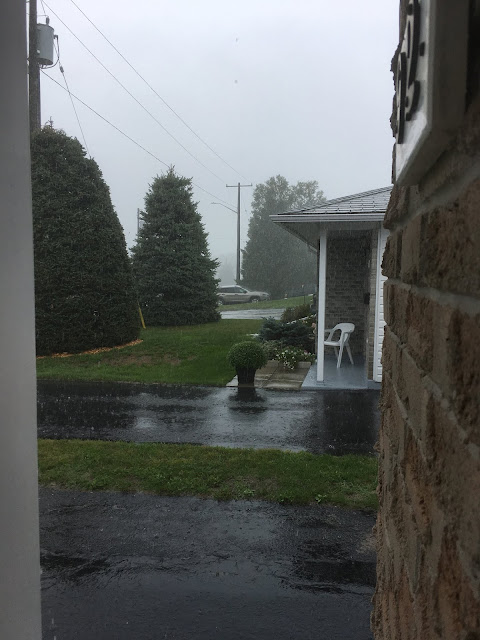 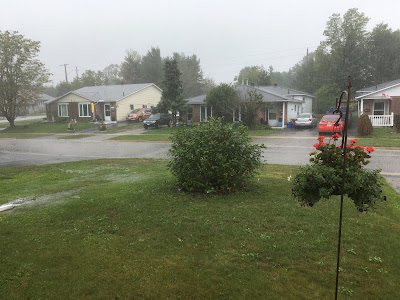 Less than ten minutes after we hit the road we were shocked to find that south of home on Hwy. 108 the ground was bone dry! Then, surprise, surprise, just past Iron Bridge the skies opened up once again and it was so heavy a downpour that a number of vehicles pulled off the road.

Sunday the sun shone brightly and John and Fred were tickled to be able to go kayaking and repeat it again on Monday.

Meanwhile, Maxine and I savoured the gorgeous lake view from the expansive deck and were enthralled by the swarm of monarch butterflies that flitted around and landed on the potted plants. 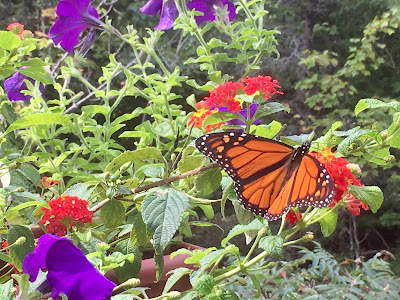 In true Labour Day fashion the four of us spent the remainder of the day out-of-doors, chatting, laughing and reminiscing while enjoying a glass of wine and snacks. (Thanks Fred and Maxine for such a fun weekend!) 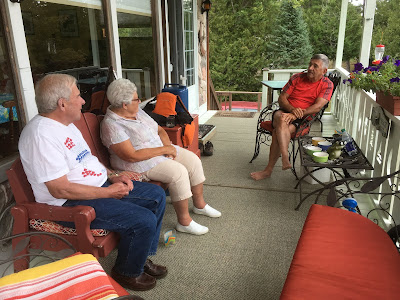 After the severe drought this summer it's been a relief this month to get substantial more rainfall, but I have to admit that now that we're at the end of the month it's become a little bit tiresome. Enough already! The forest fires are out. The grass is green. Let the sun shine! And as I'd hoped there were a number of warm, dry days that warranted a few hours at the beach.

More good news arrived this month when our daughter and son-in-law confirmed they'd purchased a home in Topsfield, Massachusetts. They get possession in October and we're looking forward to visiting them in early November. Congratulations, you two!

John and I hit the road once again mid month, this time to drive to the southern tip of Manitoulin Island to catch the morning Chi-Cheemaun ferry from South Baymouth to Tobermory. We left at 7:00 AM and while the north shore was covered with a foggy blanket, it was also eerily picturesque. 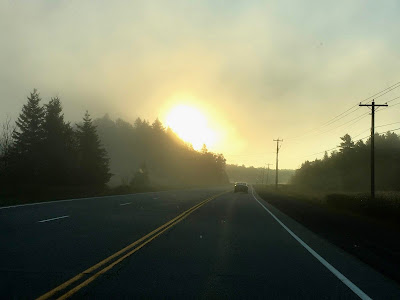 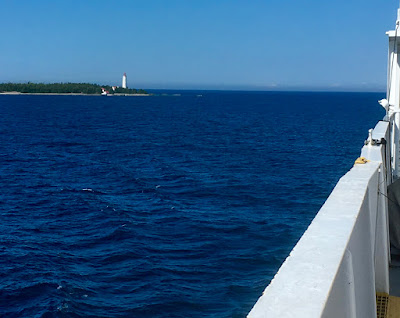 We stopped for lunch in Tobermory before continuing the drive to Kitchener...and snapped a few photos as we played tourist. 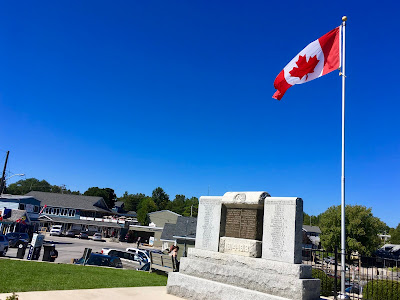 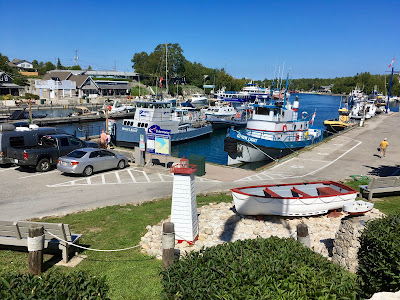 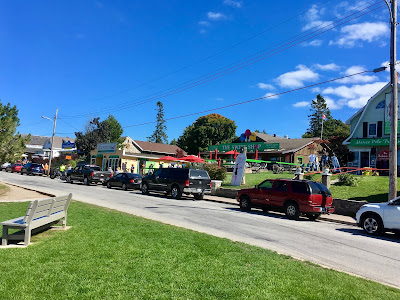 The following day I had my second cataract surgery at St. Mary's Hospital in Kitchener. (I can see you!) 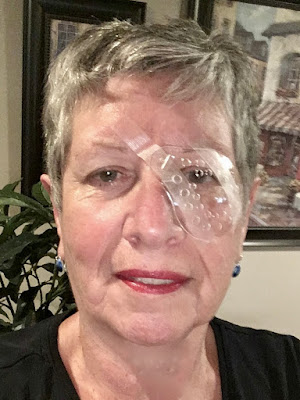 We returned to Elliot Lake Saturday morning and while John has been hiking since then, he hasn't had quite as many opportunities to kayak as he would like (mainly due to the rain and high winds).

This next photo was taken at the North Channel Yacht Club on Lake Huron the same evening six tornadoes hit the Ottawa region. The winds that night were horrendous and we extend our condolences to all those who suffered such terrible losses. 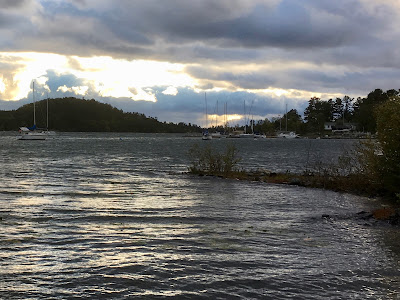 September may have come and gone, but we're looking forward to an equally exciting and fulfilling October.