From a visual standpoint, autumn in northern Ontario is spectacular and while we were concerned 2018 may not fare as well colour wise as previous years (due to this summer's drought) our worries proved to be unfounded. 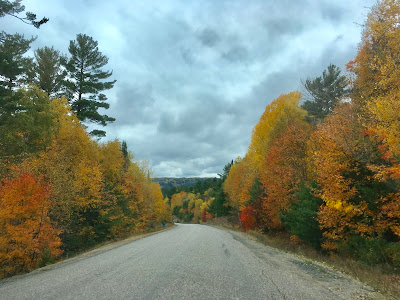 The 120-km Deer Trail route is a perfect fall outing and one we look forward to repeating year after year. We typically head north from Elliot Lake past Mississagi Park and Flack Lake and then south along the Little White River to Iron Bridge and home via the Trans Canada and 108 highways. We've done the entire circle route many times, but this year we opted to travel as far south as Constance Lake and retrace our steps home. 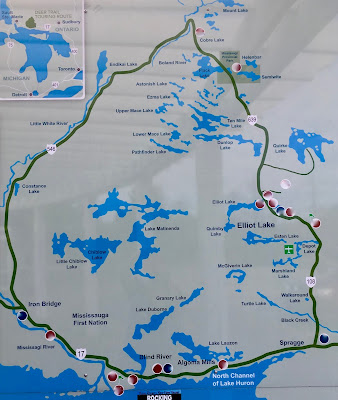 Our first sighting was the new dock on Elliot Lake, then we continued north. 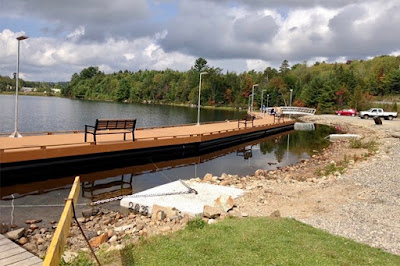 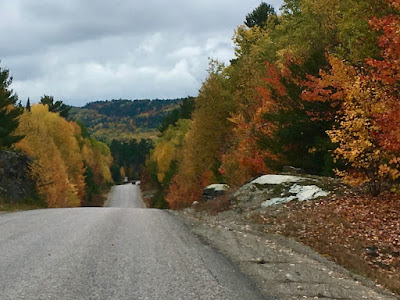 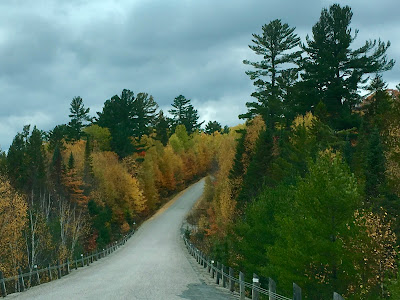 This spot on the Little White River (below) is a popular stop off point for kayakers and a great place to enjoy a campfire lunch as we did in June with Dave and Flo. 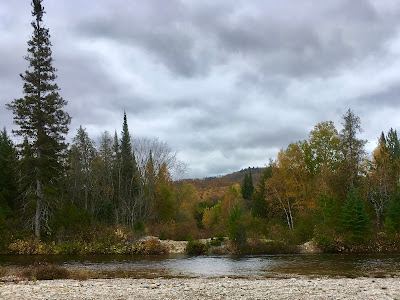 We were shocked, however, to find the river water level so high the spot where we'd set up our folding chairs and savoured that summer campfire was now under water. 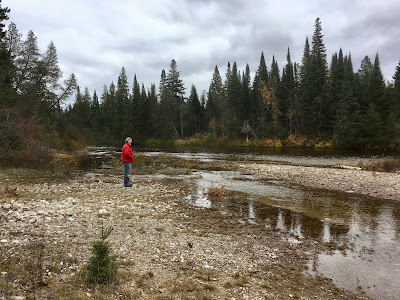 Moving on, we stopped numerous times to take more photos. 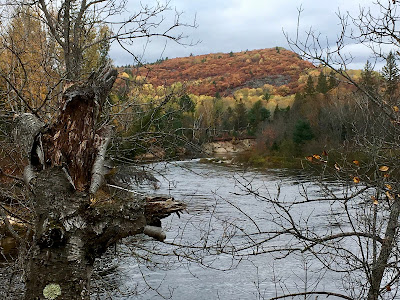 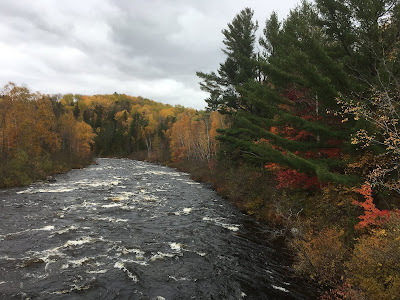 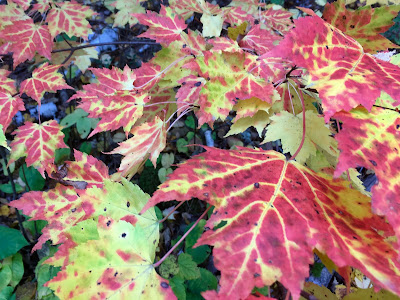 On the drive back home the sun came out and the views were even more spectacular! 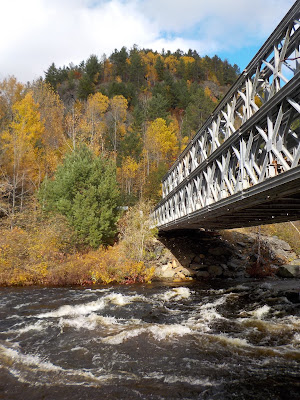 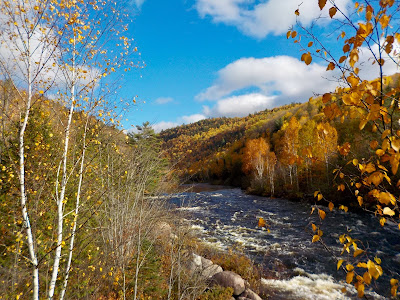 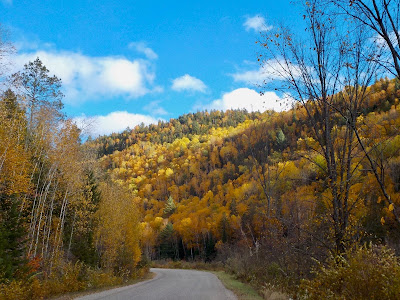 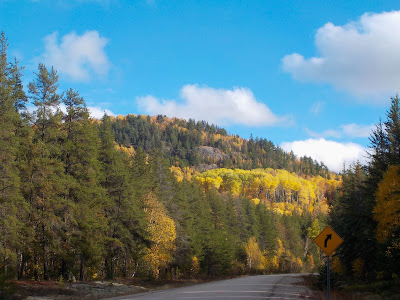 Back in town, the bush behind our home changes on a daily basis and John's spent the past week getting the property ready for winter. Shrubs have been trimmed, summer decor and potted plants removed from the outside of the shed, and today he did a little raking.


But it hasn't been all work and no play! These final few glimpses of autumn in northern Ontario are courtesy of John while he was hiking this week with the Coureurs de Bois Outdoors Club.