The Atelier des Lumieres or Workshop of Light is a magical Paris experience that combines artists, their paintings and fuses both with the wonders of 21st century computers and technology.

The inside of what was once a foundry is transformed by a light and music show that overwhelms the senses. Every square inch of the floor and walls becomes a larger than life canvas that is continually moving and changing while featuring the artist and his life's work in 360 spectacular degrees.

We were fortunate to be in Paris during the Van Gogh show and before leaving Canada I booked our tickets for April 8, our last day in the city.

Vincent has always been one of my favourites and while John liked his work, he admitted that after viewing the Atelier des Lumieres show he gained a new appreciation for this talented artist. 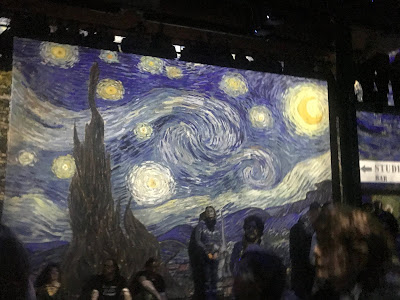 As I mentioned above the entire building is filled with ever changing images and when we first entered we felt as if our balance was suddenly compromised. It took a few seconds to adjust to the spectacle and after wandering around for a few minutes we eventually found an empty space to claim as our own and watch the show. Other folks opted to stand with their backs against the walls, others lay flat on the floor, while others sat crosslegged, but whatever their vantage point they had ample access to enjoy the show. If you look carefully at the photos you'll see real people immersed in the paintings and at times it's difficult to distinguish the painted figures from the modern day spectators. 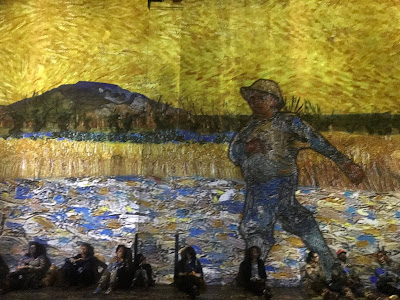 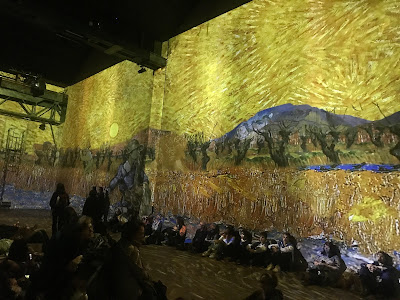 The show lasts about forty minutes and runs continuously throughout the day. 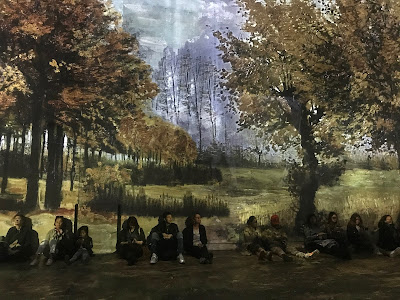 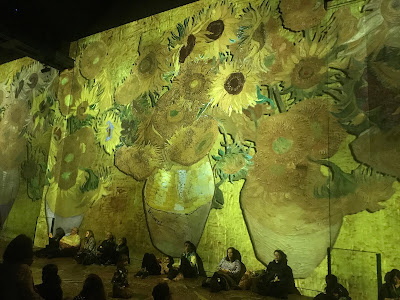 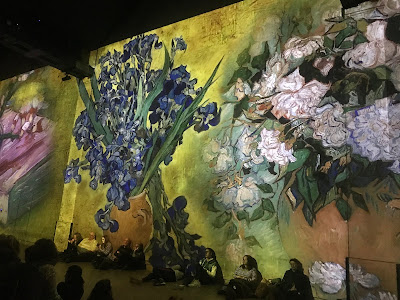 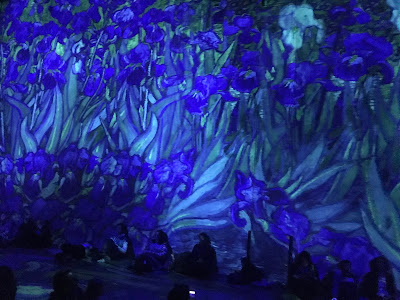 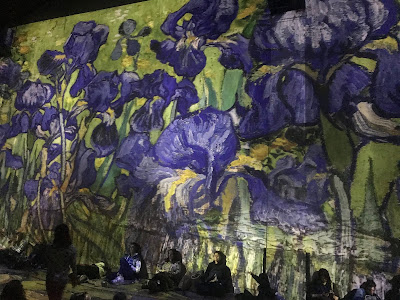 The video below, courtesy of the Atelier des Lumieres website, gives an idea of the experience, except that in the real world the foundry is jam-packed with people! We were shoulder to shoulder with others as we watched the show. For an artist who continually doubted his abilities and sold perhaps one or two paintings during his lifetime, I think Vincent would be pleasantly surprised by all the attention and adoration...and as one of his fans I believe it's so well deserved!