On April 7 we took a city bus to Montmartre. 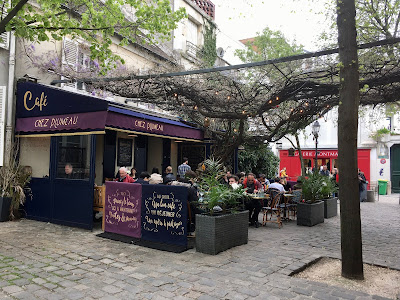 Along the way we discovered another Invader (on the chimney). 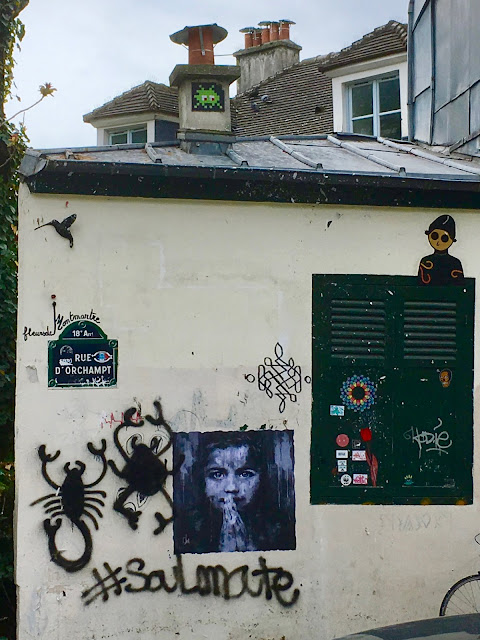 Montmartre is situated at the highest point of Paris and not surprisingly the streets are either going up or down and there are always plenty of stairs to connect one street to another. 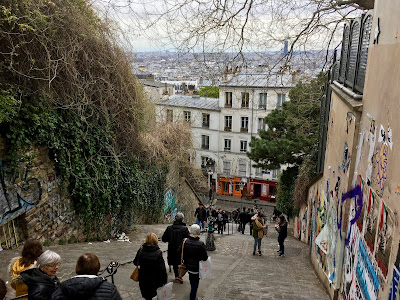 We didn't follow a map, but instead used the spire as our guide and eventually we arrived at the side and rear of Sacre Coeur. 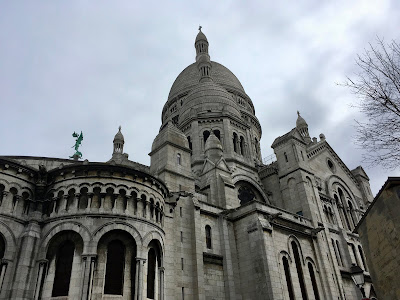 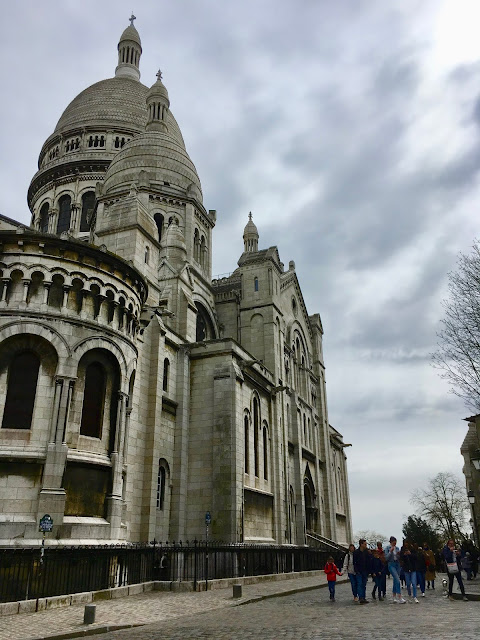 Being a Sunday it was naturally teeming with throngs of tourists like ourselves, but the line up to get inside moved along quickly. 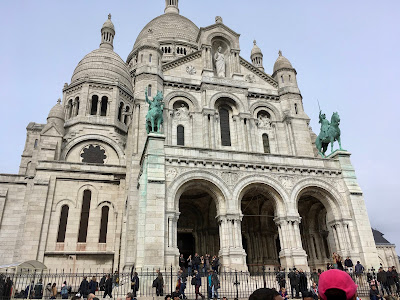 Before I stepped inside I was determined to capture this incredible view of Paris. 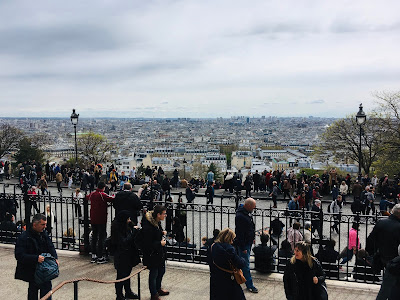 To say the interior is impressive is an understatement. The mosaics are beautiful. 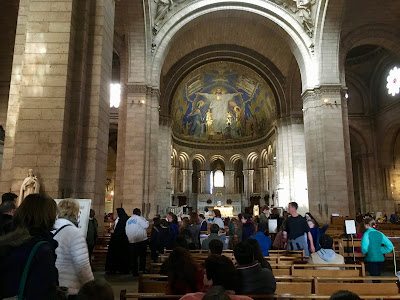 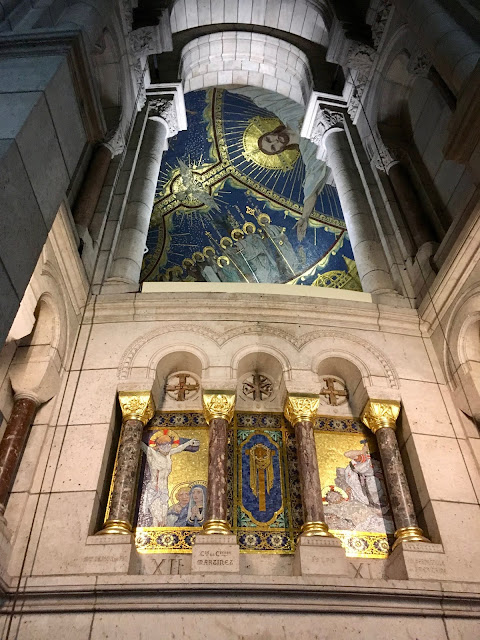 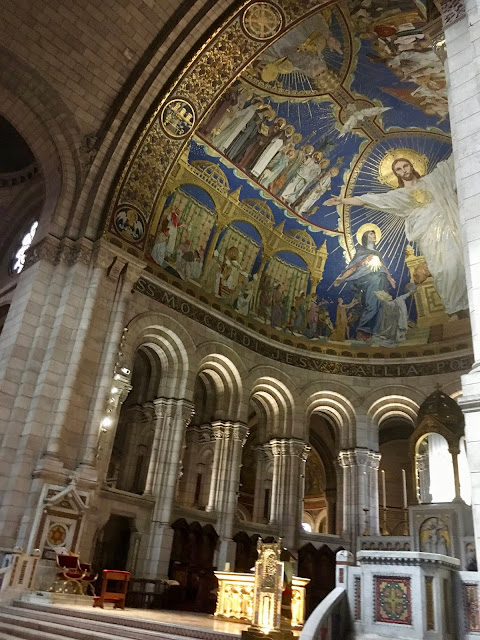 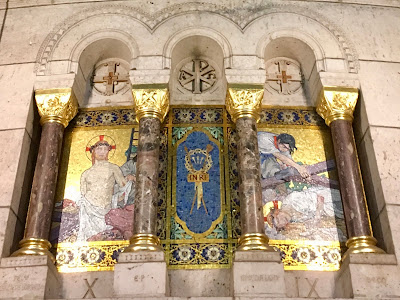 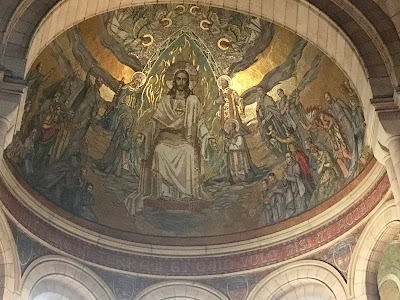 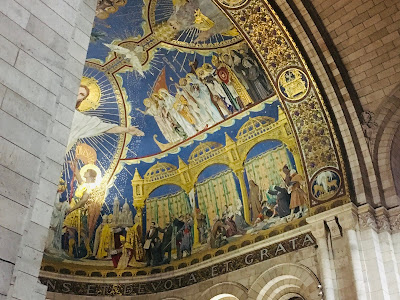 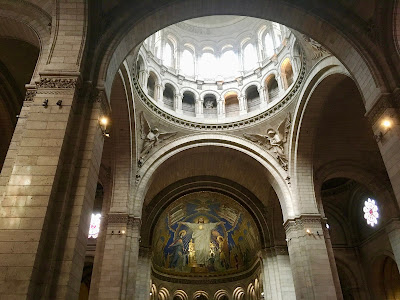 Back outside we once again stopped to savour the view. 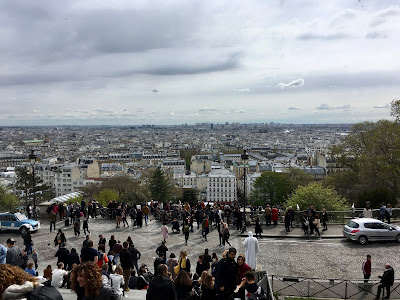 A great many other people, however, chose to plunk themselves down on the steps or lawn to soak up the ambiance of this incredible place. 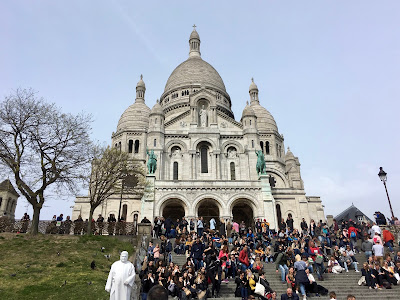 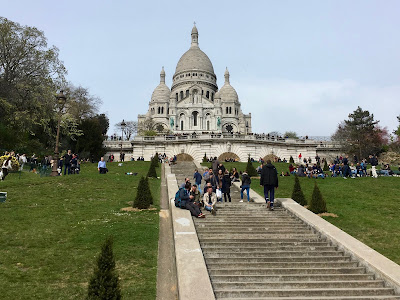