The same Saturday we attended the Topsfield Strawberry Festival Sarah and Tim suggested we go for an afternoon walk at the Ipswich River Wildlife Sanctuary. It's located a short distance from their home and a perfect place to get a little exercise and reconnect with nature.

There are twelve miles of trails within the wildlife sanctuary and the landscape and terrain varies considerably. 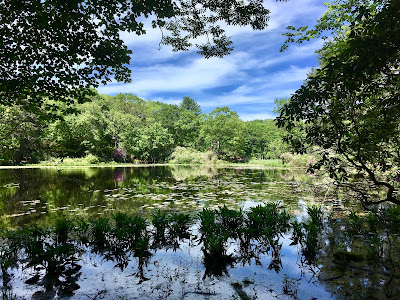 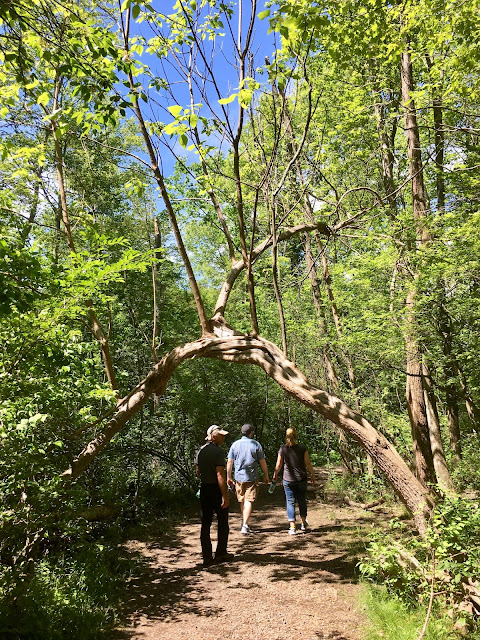 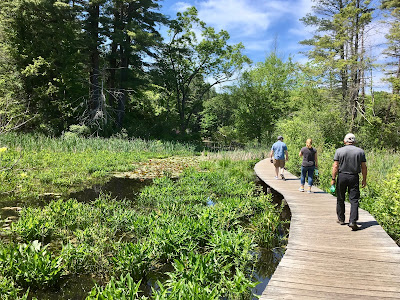 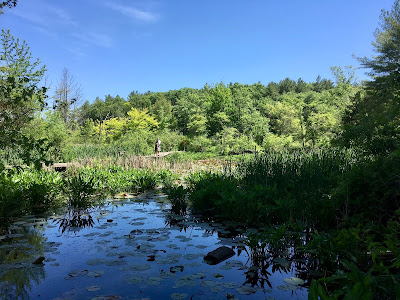 Not far from the pond are boulders that in 1905 were placed and stacked to create arches in a grotto like setting - no doubt this was done by some very energetic fellow! But all joking aside, it was lovely. 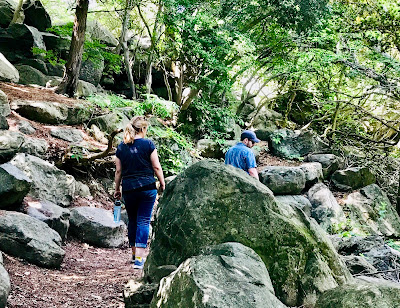 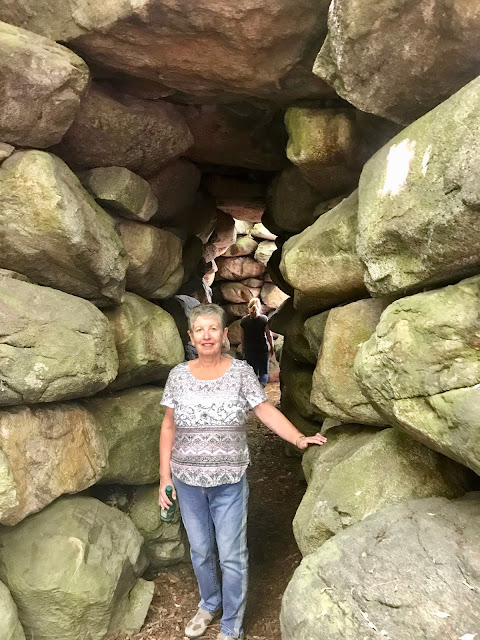 It was a treat to visit the sanctuary while the rhododendrons were in full bloom. Colours varied from pink to white to orange. 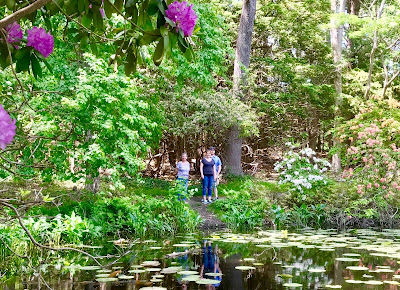 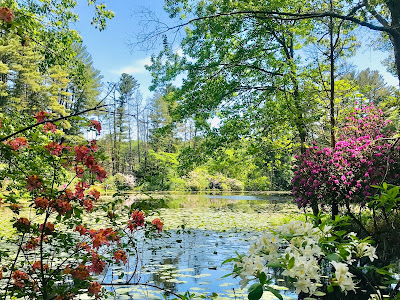 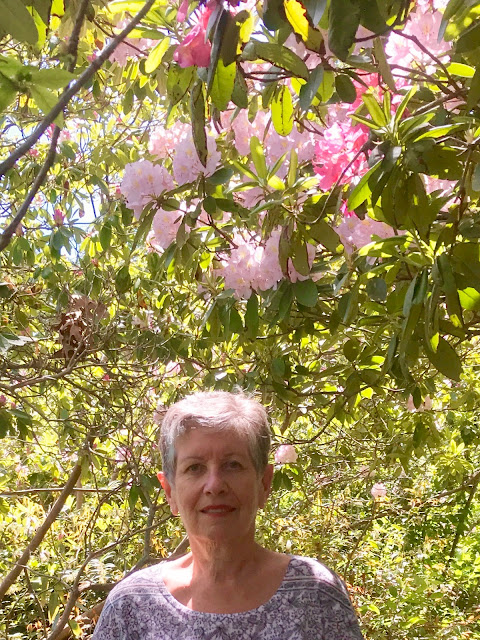 The beaver dam below partially covers the trail and rather than remove or dismantle it, the sanctuary left well enough along. Good thing too because this spot has now become a favourite spot for curious humans hoping to catch a glimpse of a beaver. 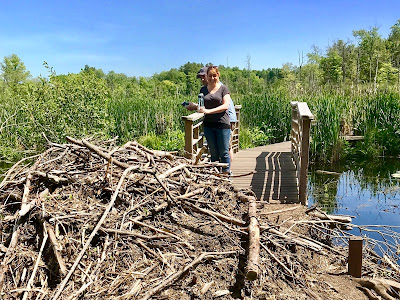 Sadly, we did not see a beaver, but we saw a great many turtles. 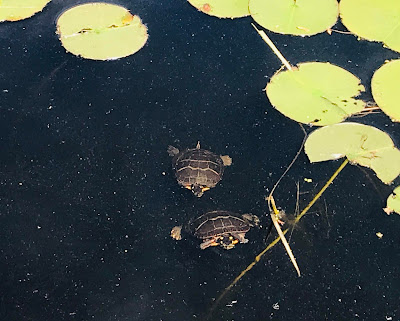 Many visitors, including us, stop to admire this lovely old stone bridge. 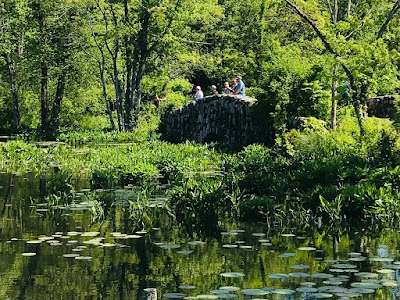 As we were walking back to the parking lot we spotted this eagle sitting quite close to the trail - literally a few feet above our heads. We were uncertain if (A) he was so used to humans that he was unfazed by our presence, (B) that perhaps he was old and/or weak, or (C) injured - although he did not appear to be in any distress, but for whatever reason he did not budge. We waited for a few minutes, carefully considering our options and finally deciding to quickly continue on our way. The eagle watched, but remained perched where he was. 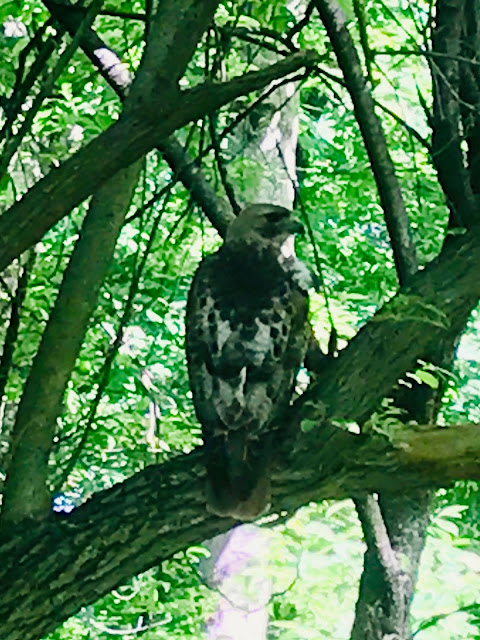 Meanwhile, that afternoon after we returned home, Doug the cat, who is an indoor cat also decided to venture outside, but he would only consider doing so if his favourite human held him protectively in his arms. (And even then, after a few short minutes, he'd had more than enough and demanded he be returned to the safety of his home.)

From strawberries, to arts and crafts, with historical sites and wildlife sanctuaries tossed in the mix it was an incredible Saturday in Topsield, MA. Later that evening we sat around a backyard campfire and toasted mega-sized marshmallows. Good times with family. Total BLISS! Thanks Sarah and Tim. 💖

*A very special thank you to Tim for not flinching when I took Doug's photo. 😁 💗