Today we once again crossed the Ottawa River into Quebec, but this time headed westward towards the former city of Aylmer. Why former? In 2002 it amalgamated into the city of Gatineau (part of Canada'a National Capital Region).

Our destination was Rue Principale Street and we spent an enjoyable 90-minutes exploring this community of 55,000 on foot. One thing I particularly admire about Quebec is its appreciation for art and artists. Art is viewed as a necessary component of life and the government actively supports the arts. Both the sculpture below and these two bespoke benches are showcased on the city hall property. 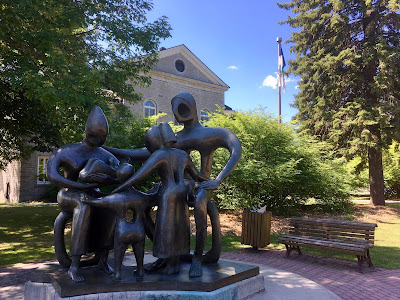 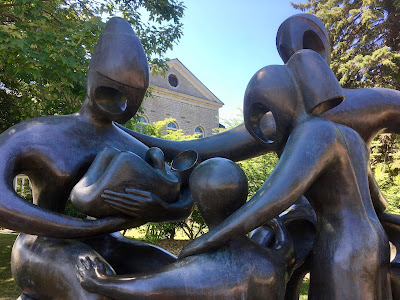 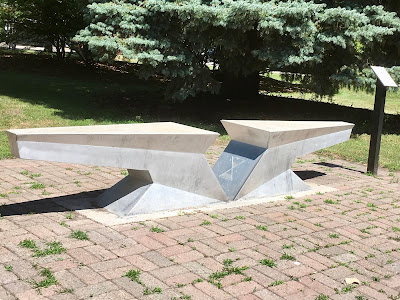 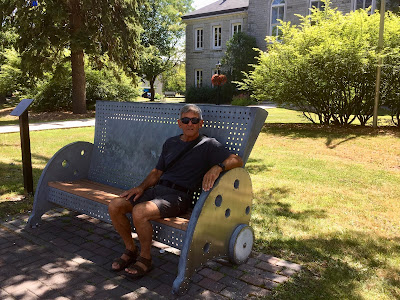 These next three benches are located at various intervals along Rue Principale. 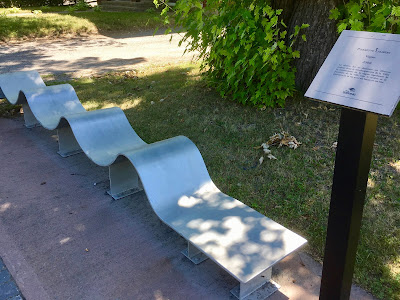 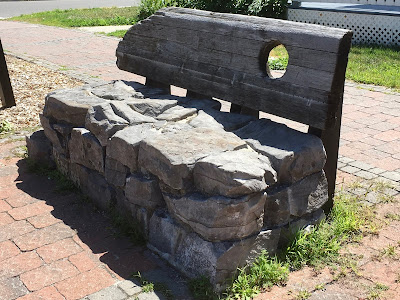 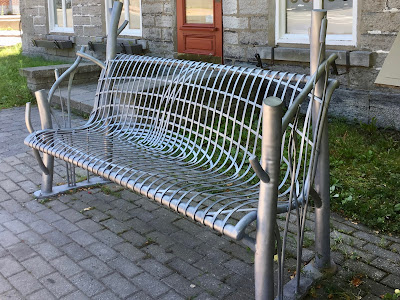 The homes in this downtown section of Aylmer are equally impressive, ranging from rustic log cabins to Victorian era mansions and everything in between. 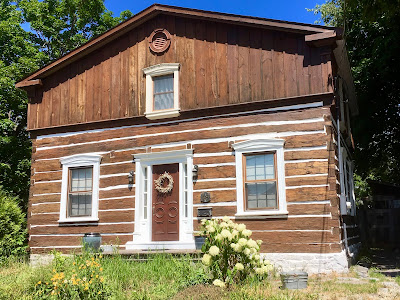 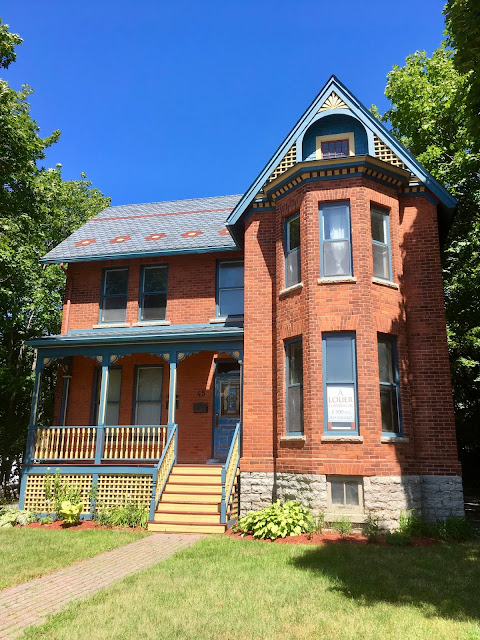 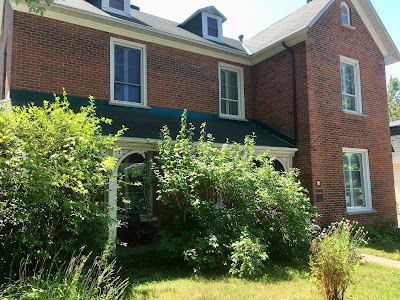 Many have been transformed into commercial properties and this Creperie seemed a perfect destination during the lunch hour. 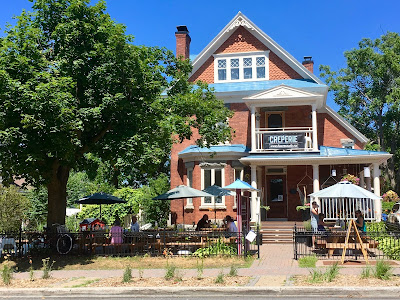 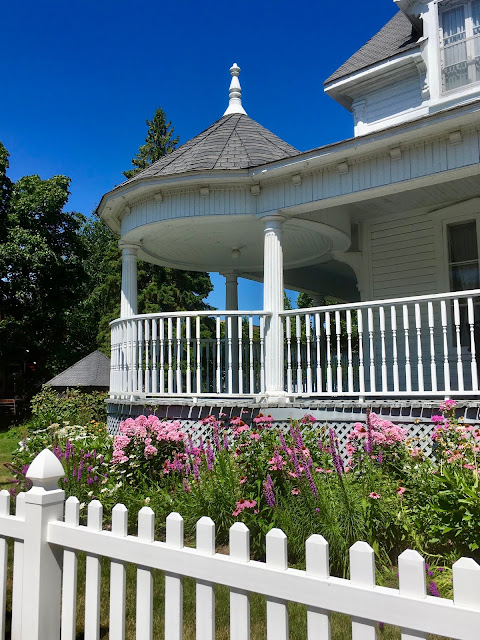 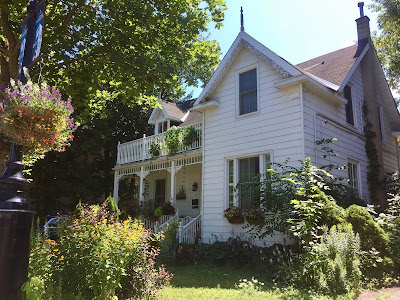 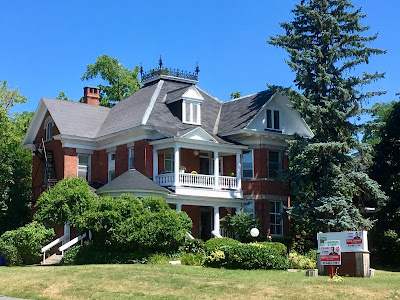 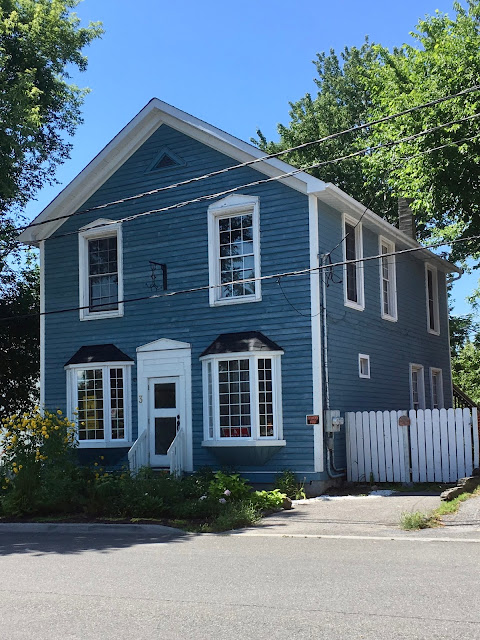 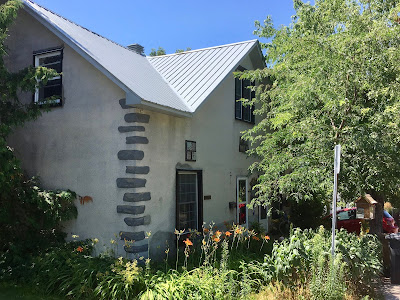 Down near the river is the Symmes Inn Museum.

In 1831 Charles Symmes, founder of Aylmer, build this hotel to accommodate travellers coming by steamboat from Montreal. 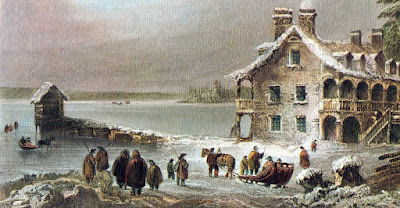 Directly across from the Museum is the Aylmer Marina. 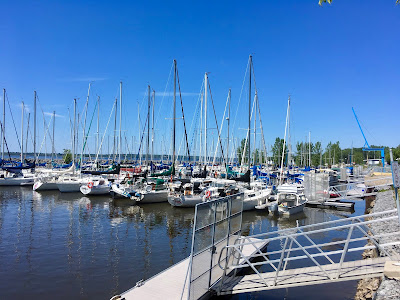 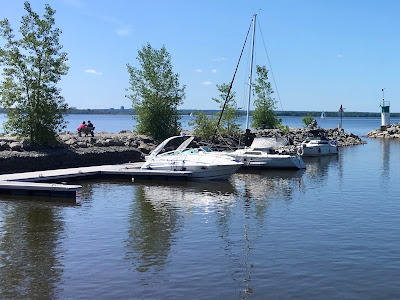 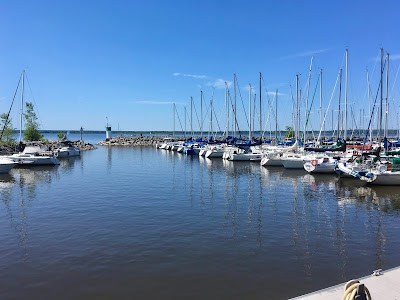 A good many people were enjoying the lazy summer's day river setting. 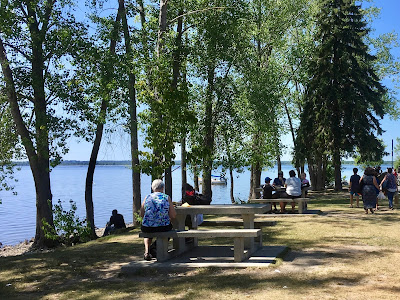 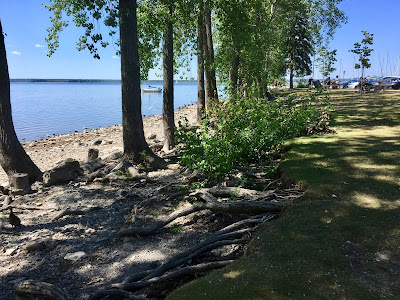 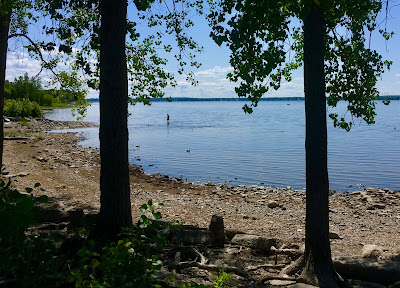 Just to the north of the Symmes Museum is a park area where we encountered three artists selling their paintings (sadly we did not take photos) and further along discovered a unique bandstand and rather unusual fountain. 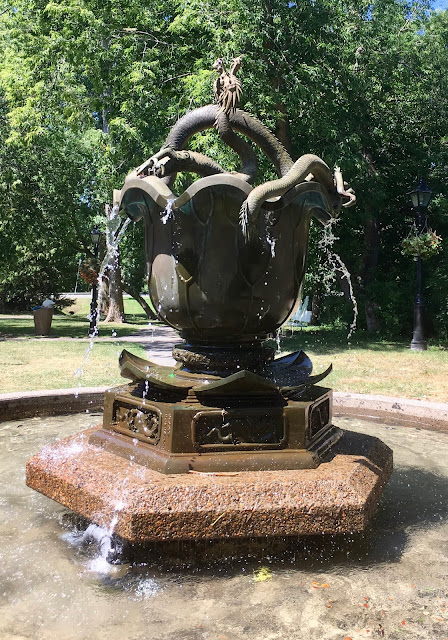 Alongside the fountain was another unique bench and John just had to try it out. 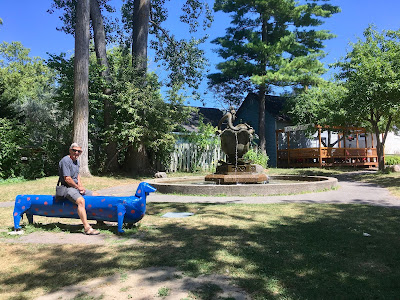 This was our first visit to Aylmer, but it won't be our last.