We've passed the midway point of August and it's been a super month spent with family, friends and fireworks. 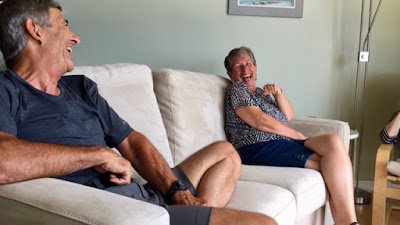 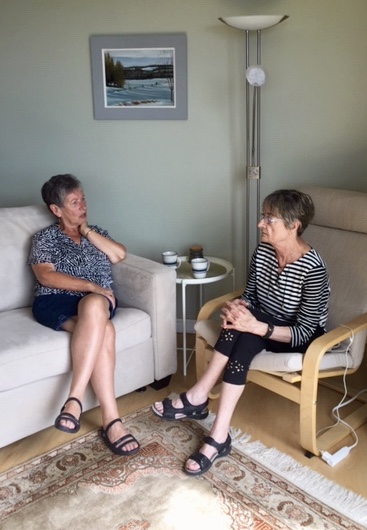 Catching up with Bonny and Janet was a blast as it's been quite a few years since the four of us have managed a get together. We spent the afternoon chatting, laughing and of course eating as Chef John rose to the occasion and cooked a delicious lunch. Prior to their departure we strolled the condo grounds and took a few more photos. 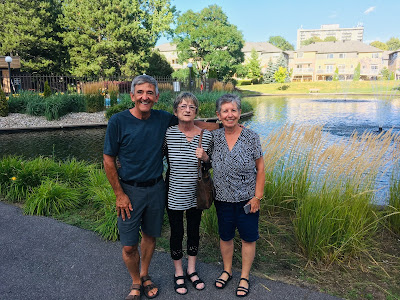 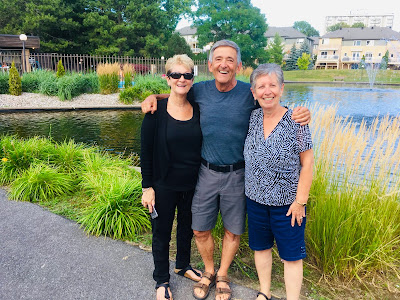 One of our favourite places in Ottawa is Lansdowne Park. On Sunday the farmer's market takes place next to the Aberdeen Pavilion.

Built in 1898, the Aberdeen Pavilion is the oldest fair building left of its kind in North America and was designated a National Historic Site in 1983. It also happens to be the oldest existing venue for a Stanley Cup Hockey Game.


We returned to Lansdowne Park via public transportation on another sunny day and walked back downtown via the Rideau Canal Pathway. 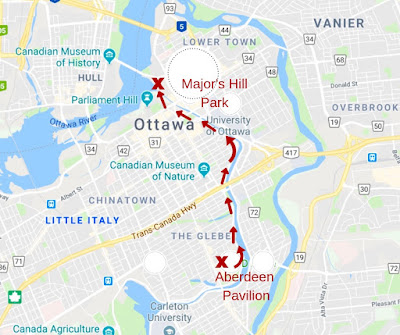 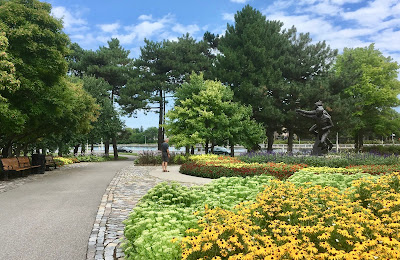 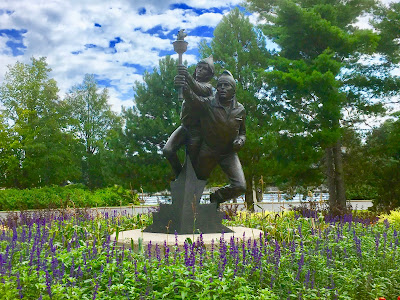 The Rideau Canal is a UNESCO World Heritage Site and while most people associate it with being the longest outdoor skating rink in the world the promenade is utilized year round by joggers, walkers and bikers alike. 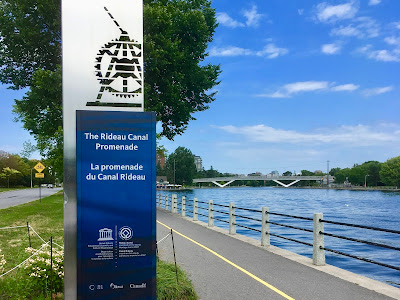 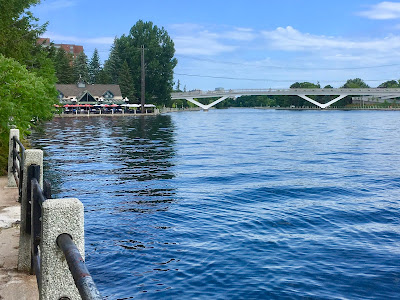 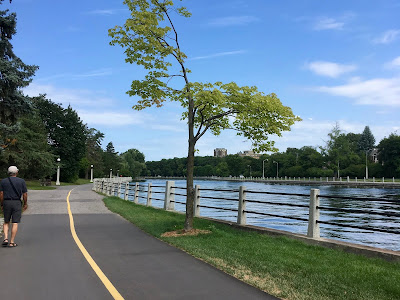 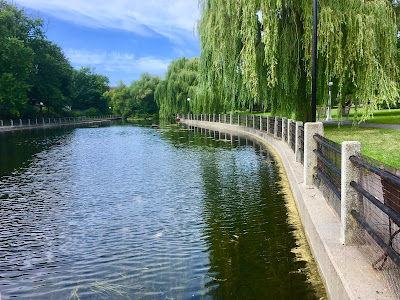 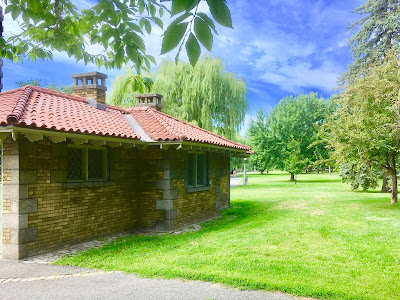 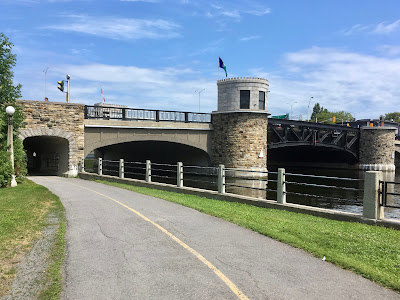 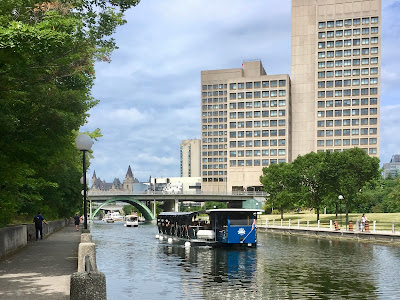 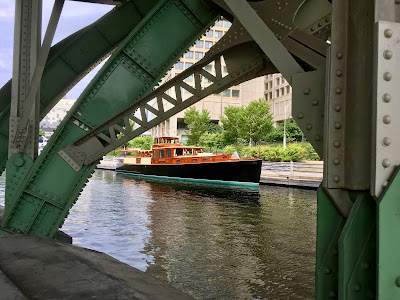 From Wellington Street we walked north on Mackenzie Avenue to Major's Hill Park. 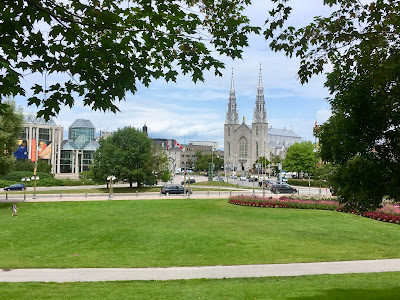 Being a fairly warm, beautiful summer's day it seemed a perfect opportunity after our 6 km walk to sit and relax while enjoying a cold beverage overlooking the Ottawa River at the Tavern on the Hill. 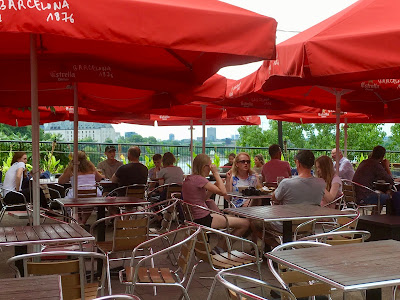 On yet another adventure downtown we wandered onto an outdoor concert at the World Exchange Concert by Uno a Latin, pop, rock band based in Ottawa.

Last Wednesday evening we returned to Parliament Hill and joined the crowd gathered behind the Supreme Court Building. Why? It was a perfect spot to meet up with Alan and Mark and watch the Sounds of Light Fireworks. Such fun as the crowd oohed and aahed in unison! 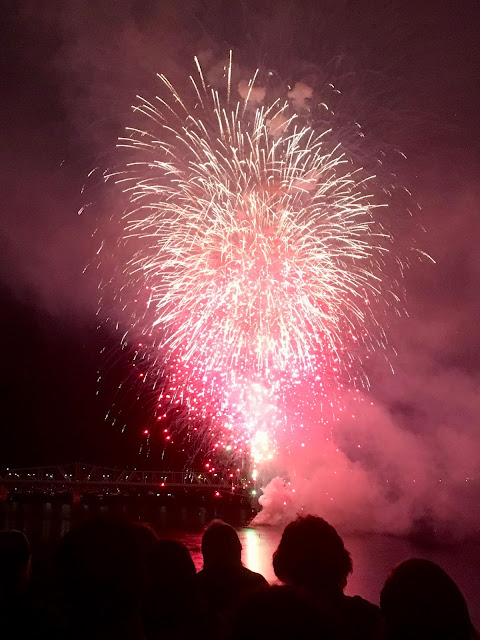 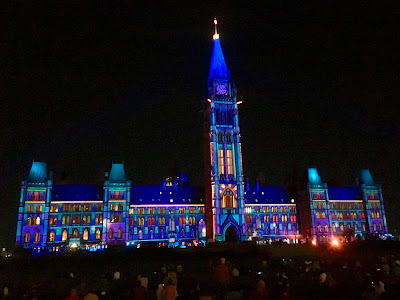 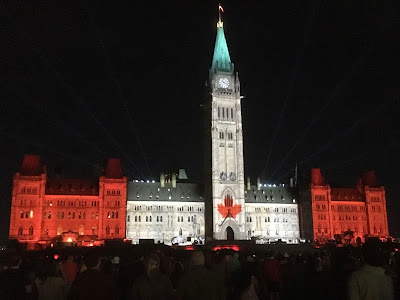 Last, but not least, we travelled to Warsaw, Ontario to spend a couple of nights with dear friends Doug and John. Our visit included an hour long walk followed by a relaxing and tasty picnic lunch beside Eels Creek. 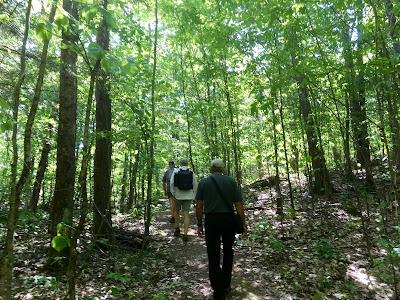 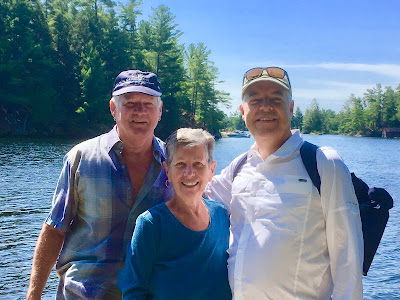 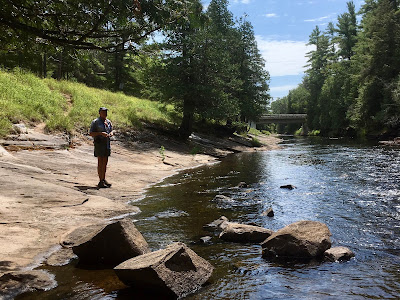 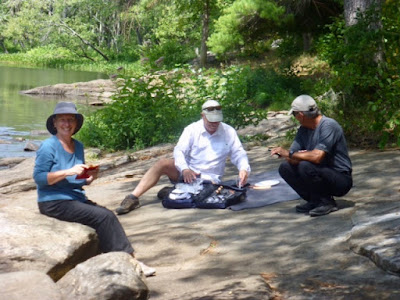 Thanks to family, friends and yes, fireworks, this August has been especially memorable and I have no doubt the remainder of the month will be equally awesome! Btw, a special thank you to Alan, Bonny and Doug for sharing their photos and allowing me to post them. 💖