The last full day of our Nice housesit was made all the more special when Katherine and Paul suggested we all go to Italy for lunch. So we did - by train!

On our first visit to Ventimiglia in 2017 John and I had one goal - to attend the Friday open air market and for that reason we did not explore the town proper. Katherine and Paul have been multiple times and wanted to show us the Cathedral of Santa Maria Assunta which is on the western side of the river. We're ever so glad they did as John and I hope to return and explore the old town in more depth next spring.


East of the river is relatively flat and modern whereas the western part of town is uphill and built accordingly. This staircase connecting a lower street with an upper is definitely worth exploring on our next visit. 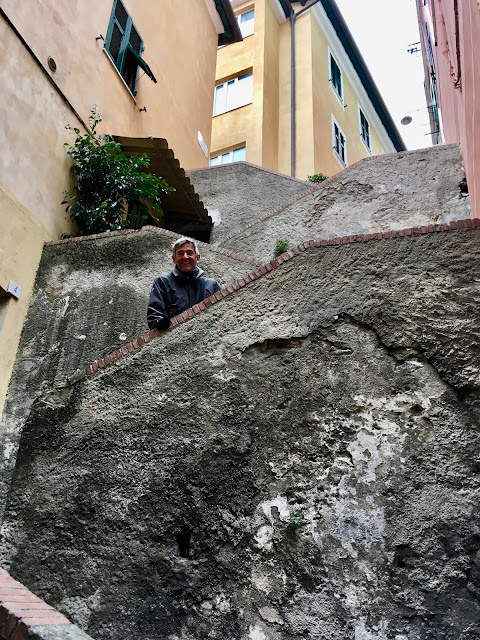 As with most medieval villages, buildings are built side by side with narrow pedestrian alleyways in between. 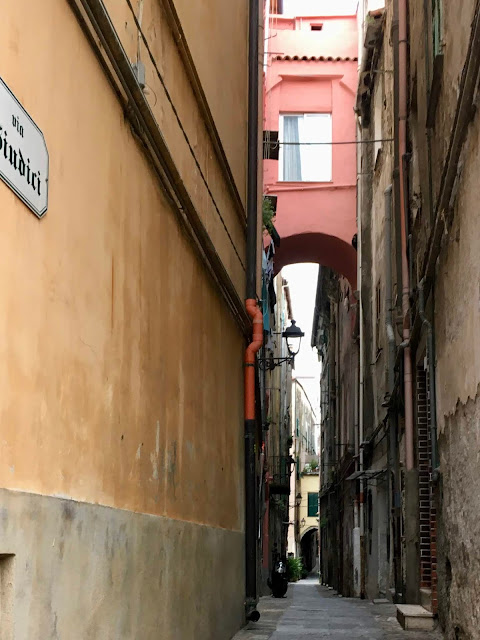 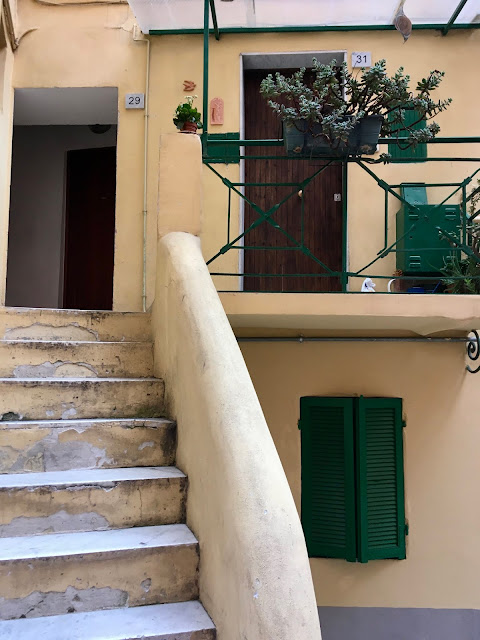 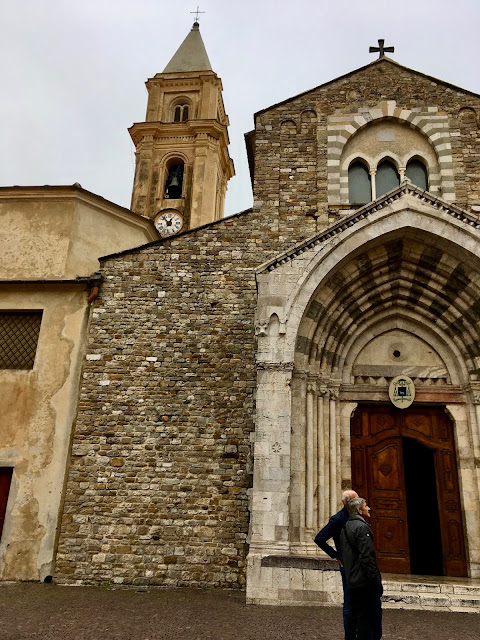 Above, Paul is pointing out a fascinating feature of the building next to the church. The railing (see below) appears to be carved of stone. 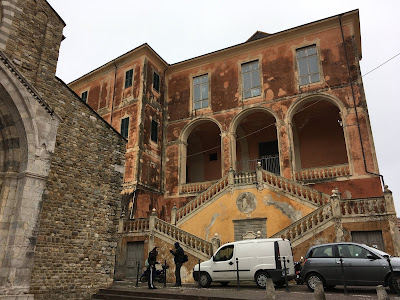 In fact, only the top six pillars below the pink arrow are made of stone. The remainder are a lovely example of tromp l'oeil (literally optical illusion). These pillars are painted on a flat surface and designed to not only save the money, but fool the eye as well.


The current cathedral was built between the 11th and 12th centuries in the Romanesque style. It was built on the ruins of a previous (8th century) cathedral that in turn replaced an ancient pagan temple.

Churches of this vintage are often very dark, but multiple skylights on both of the side aisles allowed us to take in the cathedral's splendour.

During recent excavations workers uncovered stonework from the 8th century church. These unwanted relics were discarded and buried during the construction of the newer cathedral in the 11th and 12th centuries. Forgotten for hundreds of years, they are now displayed in the crypt's alcoves.


These next two paintings are from the alcove above. 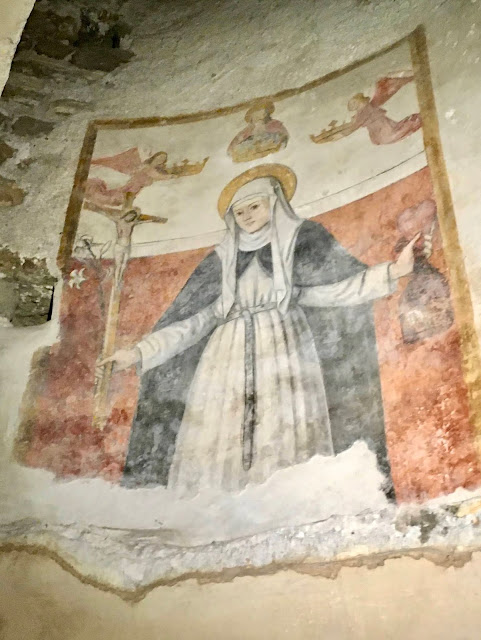 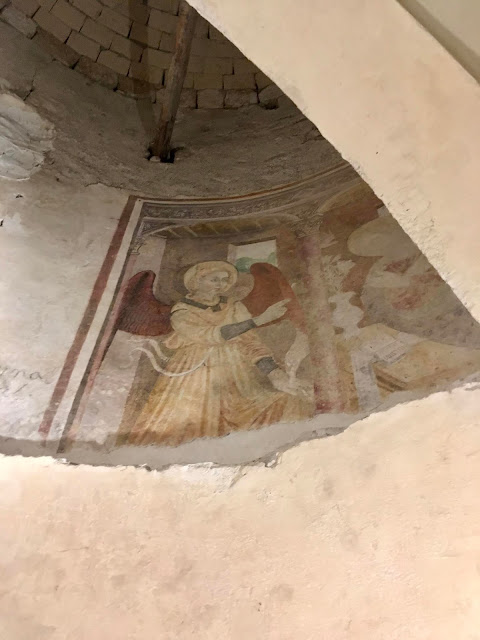 I could not help but notice the Celtic detailing on the exquisitely carved stone work. They reminded me of others we'd admired in the UK and Ireland. I later learned the Celts migrated across the Alps beginning as early as 1200 BC and by 300 AD inhabited most of Europe including this part of Italy. 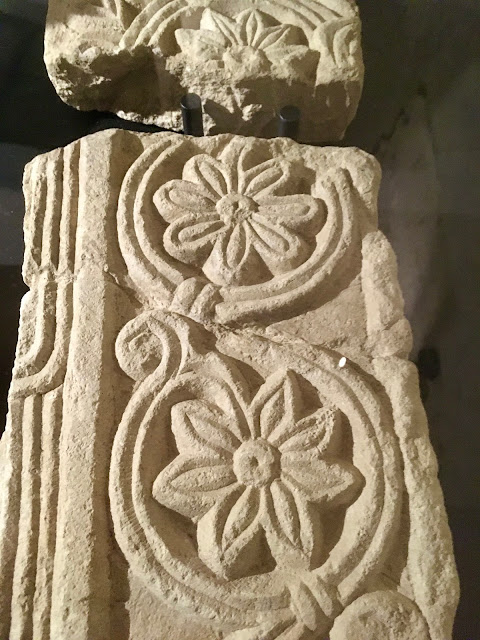 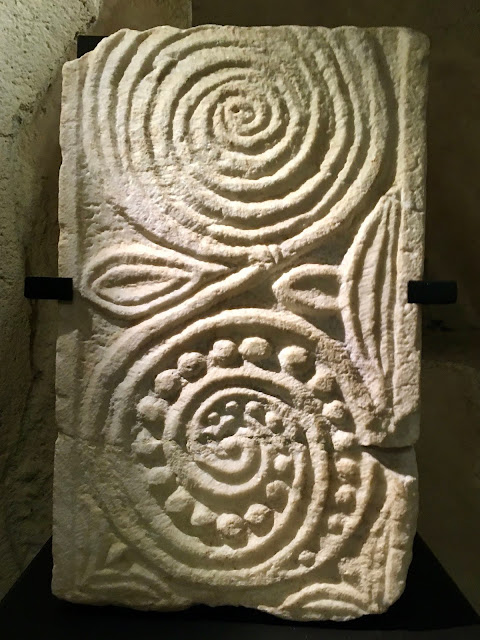 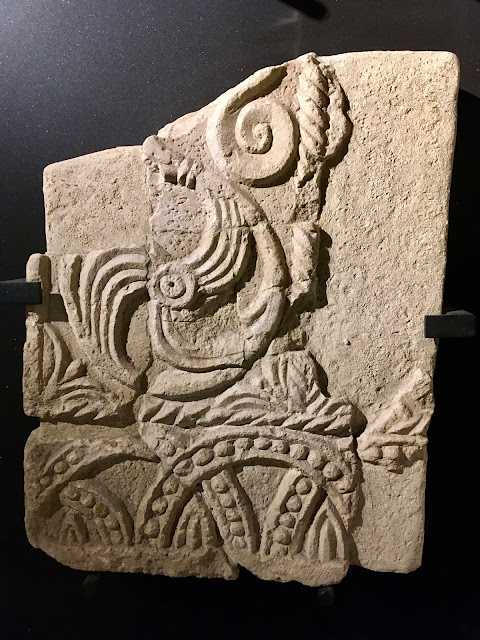 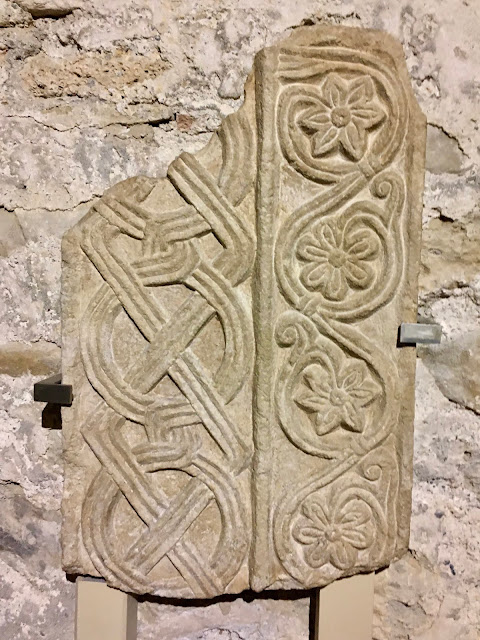 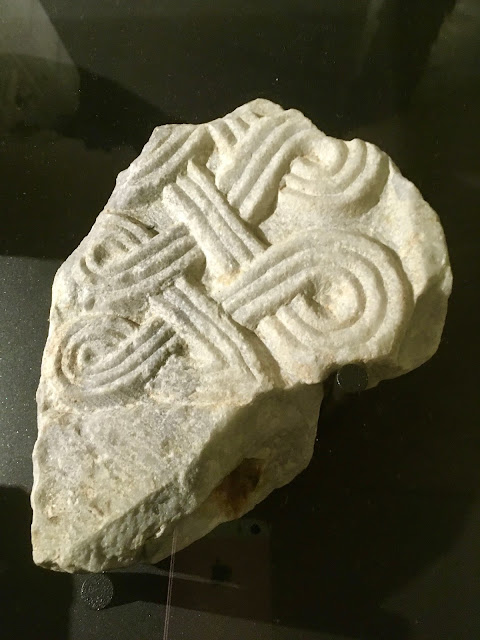 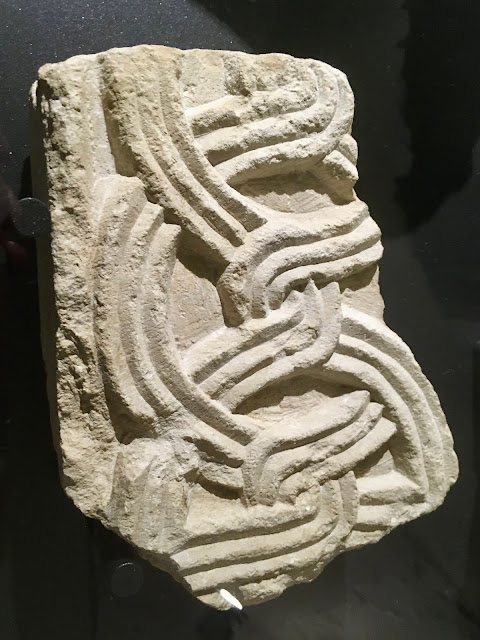 Another interesting tidbit I learned via Paul revolves around why stone carvings and in particular human faces inside churches are often destroyed by conquering armies.

I'd always assumed de-facing centred around the distain for graven images. Apparently, that's only part of the reason. Often the devout made substantial donations to the church and sometimes were rewarded with carvings that captured (or implied) their likeness. Having ones face on an angel represented gaining the transition from life to death and access to Heaven. Without a face, however, these individuals are no longer recognizable and it stood to reason they would be denied entry through the pearly gates.

But the defacing doesn't just affect those who are long dead and buried. Their surviving descendants would suffer and perhaps this is where it becomes psychological warfare. Because their loved ones are damned for eternity, the living believe they will never be reunited in Heaven. The souls of their relatives are lost. Forever.

In short, the conquerors said you've not only lost the war, you and everyone you love has lost everything - for all eternity.

Wow...Moving onto a cheerier topic!

But first we had a little more exploring to do as we wandered down to the beach restaurant.

One of Katherine and Paul's favourite restaurants in Ventimiglia is the San Giuseppe and we were smitten from the moment we walked inside.

Everything was absolutely fabulous from start to finish and it was all the more special because we shared the day as a foursome and created some incredible memories along the way. Grazie amici! Sei troppo gentile. 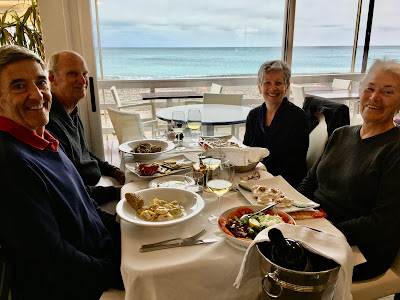 The morning we boarded the train back to Paris was as amazing as any other during our stay and naturally I felt compelled to take one last photo - or two! 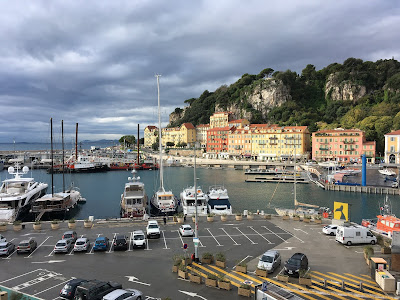 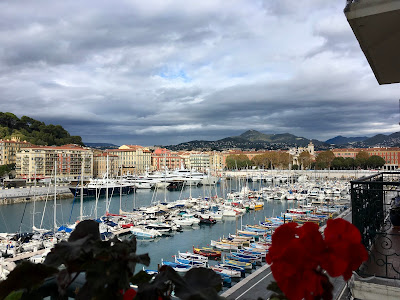 Paul and Katherine walked with us to the Gare de Nice Ville (train station). THANK YOU both for everything and we'll see you next spring! 💖 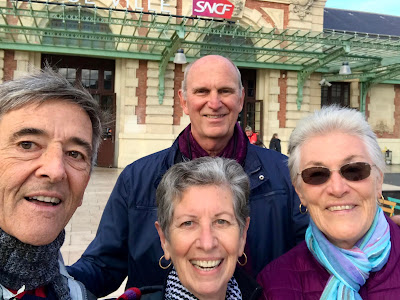