I certainly did not expect almost two full months to pass between blog posts, but that's exactly what's happened. On one hand, I feel slightly guilty for being so lax, but on the other hand I've totally enjoyed the lull and the opportunity to relax with my beloved knitting and crochet projects. That's not all we've been up to, of course, and it's been an a pretty good winter to date. Here's the recap...

After returning from France in November we welcomed good friends Dave and Flo to Ottawa. As per usual we had a fantastic time and thoroughly enjoyed our time together. If there is a downside it's that it zipped by far too quickly. We need a repeat...and soon!

The first week of December John and I walked across the Ottawa River via the Alexandria Bridge to visit the Canadian Museum of History's Christmas Market. 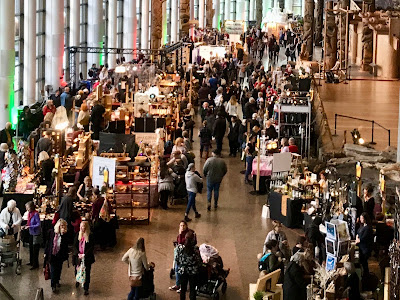 We splurged on a fermented garlic and maple syrup combo that tastes like the most indulgent balsamic vinegar you've ever tried, a baguette that rivalled those we cherish while visiting France, along with some delicious chocolate covered almonds that disappeared almost before we got back home.


Next on the agenda we visited Parliament Hill to view the Christmas Lights Across Canada show. 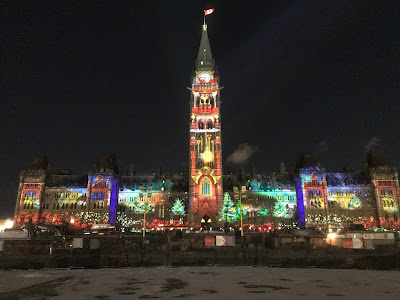 It was a brutally cold night, and John removed his gloves long enough to take the above photo. I wasn't quite as adventuresome, however, this next YouTube video shows it was well worth braving the elements - even if I could not feel my toes or fingers!

A few weeks later John and I drove to Warsaw (Ontario, that is, not Poland) to spend a couple of days with Doug and John. Again, it was such a treat to spend time catching up with two of our closest and dearest friends. Thanks, guys!

Back in Ottawa, a little crack in the ice at the St. Laurent Community Centre rink caught John's skate, causing him to fall and sprain his wrist. He spent a couple of painful weeks at home - made all the more unpleasant dare I say as I became the primary cook and bottle washer! While John is more gourmet, I'm definitely a basic cook. Still, we did not starve, so hey, all's well that ends well.

Within 3-weeks John resumed swimming and one month after the initial fall returned to the community centre for a skate. FYI, he's back skating three or four times a week, but now wears a wrist guard and helmet. Smart guy.

Sundays tend to be geared toward the Organic Farmer's Market held from 9 AM to 3 PM in the Aberdeen Pavilion. We didn't make it there in the evening to see it all lit up, but we were impressed by the massive Christmas tree. It was breathtaking even in the daylight. 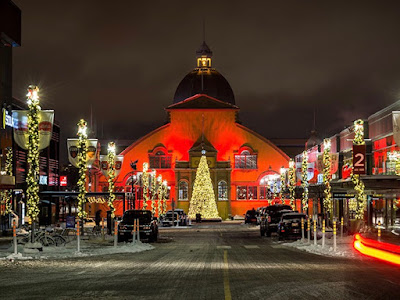 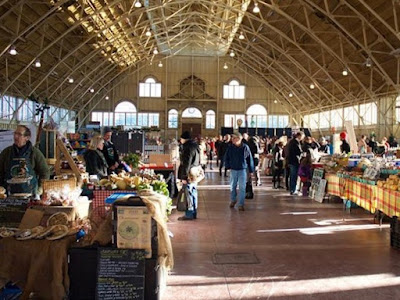 We're slowly discovering a number of our favourite farmers at the market and as a result John has been cooking some incredible meals.


Just next to the pavilion was a European Christmas Market and while it was small in comparison to those we've visited across the pond we are so glad to have been able to soak up the atmosphere and we look forward to next year's offerings. 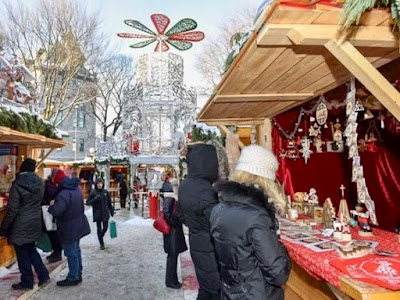 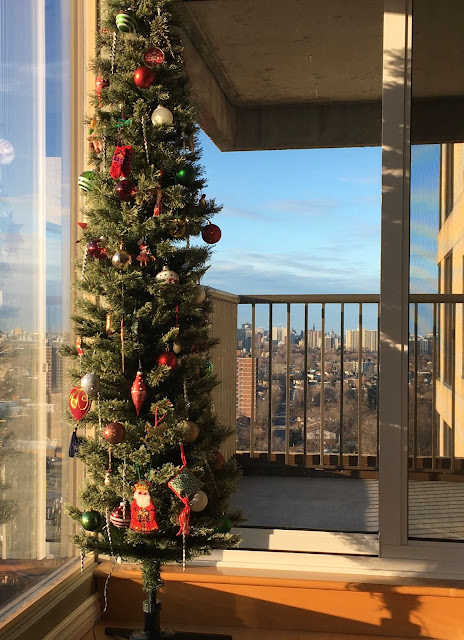 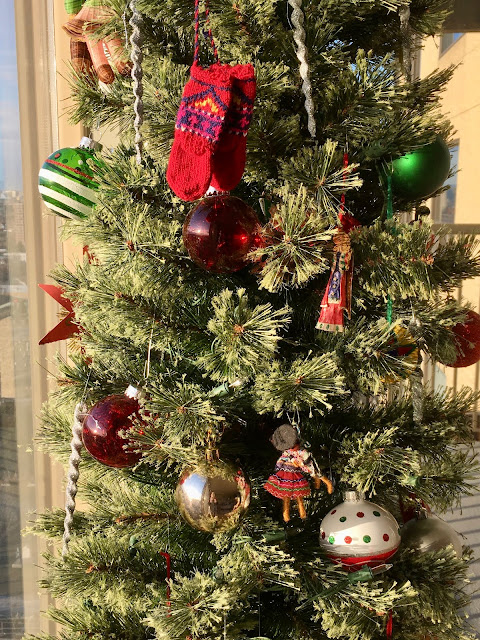 Of course, it's not winter without snow and while I could say we've had our fair share there is no doubt so many other Canadians (Newfoundlanders, for instance) would beg to differ. Still, there have been a few times the snow fell fast and heavy in the Nation's Capital. 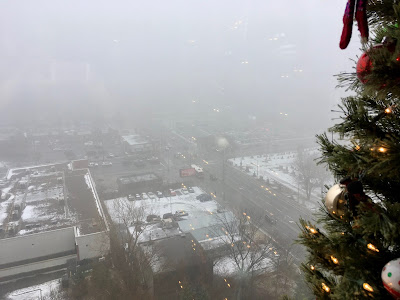 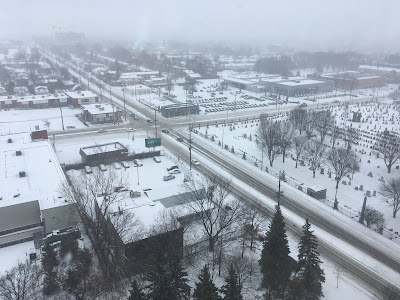 January began quite drearily, but during the past week there's been adequate sunshine to get us over the hump.

We've also been fortunate to meet new folks in Ottawa and last months's Meet and Greet in the condo was such fun. This past week we got together with our neighbours, Suzie and Eric, for drinks before they head off to Mexico for the next two months.

Two couples from Elliot Lake were also in the area and on January 18th we spend a lovely afternoon with Nickie and Gerry. Chef John made a delicious lunch, btw. Another mmm! Earlier that same week we were lunch guests of Mark and Alan (thanks, guys for such a great time!) who are housesitting this month in Manotick. When they dropped by for tea this past week they brought along the adorable Jazzy. She's a total sweetheart.

Last, but not least, on this final day of January I'd like to express my love and gratitude to John for being so supportive in my quest for a healthier me. Judging by the two side-by-side photos below it's apparent we've both made substantial strides in that direction during the past year. Now, that's team work! 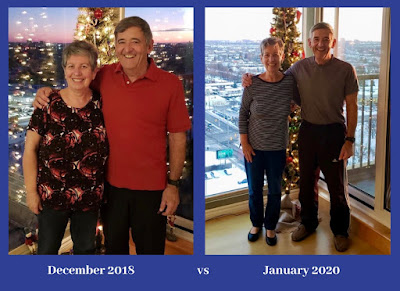