Of the many housesits we’ve completed during the past ten years the one we just completed today is extra special for a number of reasons. One, it's the first sit we’ve done for our daughter and son-in-law who live in Massachusetts and two, we spent the past five days with our real grand fur babies, Doug and Walter!

Both Doug and Walter are rescue cats so their exact ages are unknown. Doug, the eldest, has had a rough year. Not only did he have major surgery, he recently endured eight chemotherapy sessions. The great news is he's recovering and thriving. 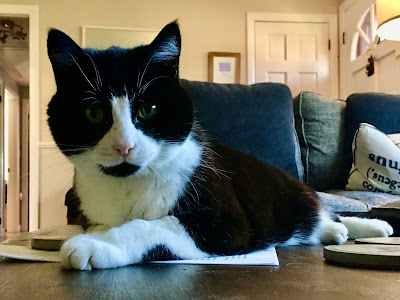 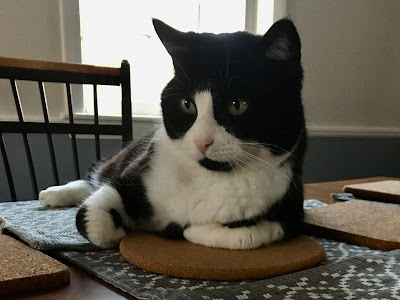 Walter, meanwhile, is still very much a kitten and full of energy. He spends his day racing from one room to the other and then flopping down where ever he happens to be. 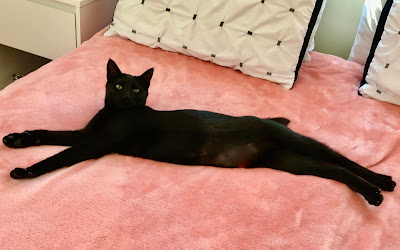 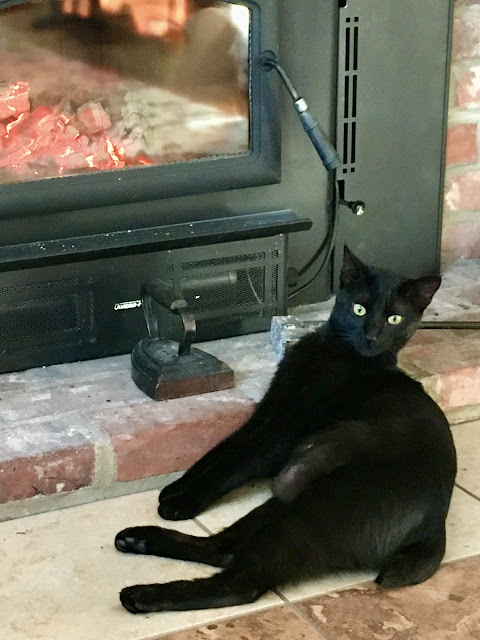 Not that I can blame him. I found a perfect spot by the bay window to crochet. 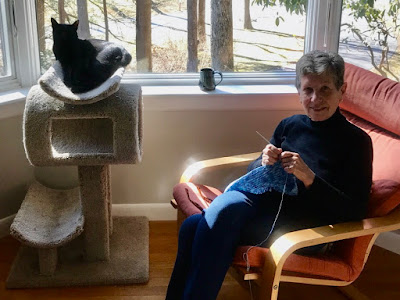 Meanwhile, John ventured outdoors. It was a treat to get away from all the snow and one day the temperature reached a balmy 17C. Do we dare think spring?! 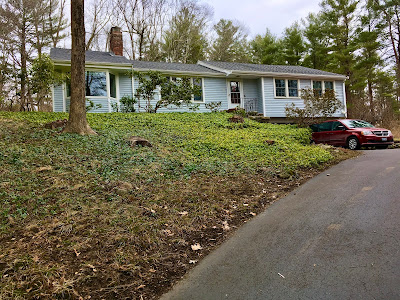 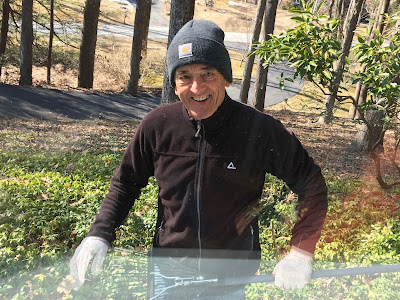 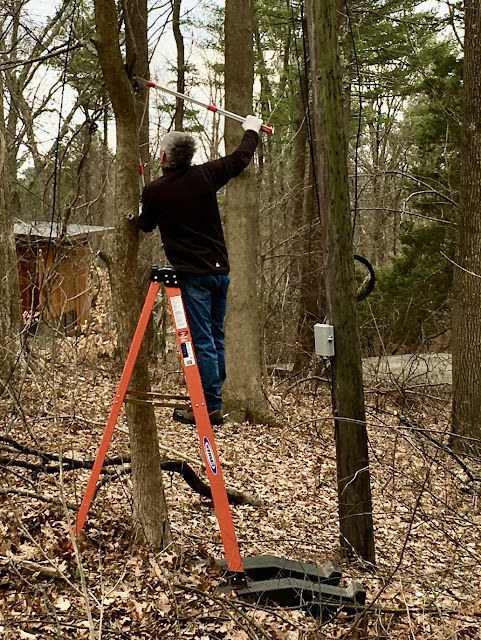 This next photo illustrates you can take the girl out of Canada, but you can't take the Canada out of the girl! 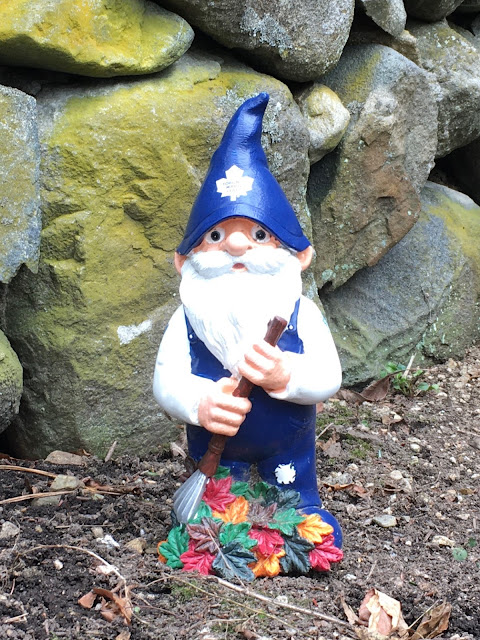 Thanks so much, Sarah and Tim. We had a lovely time with Doug and Walter.