With the lockdown still in effect across Ontario, John and I wondered when we'd be able to return to Elliot Lake. After I received my first vaccine job on May 4 we decided to drive north on Monday, May 10th. Again, for so many reasons, it's an absolute joy to be here. 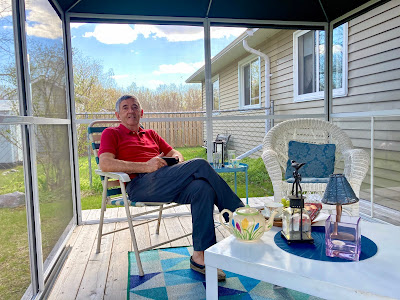 During the 7-hour drive, the weather couldn't seem to decide on what it wanted to do. The day started out lovely with the sun shining, then just north of Ottawa it rained. A short time later the sun peeked out from behind the clouds and then once again it rained. This sun-rain-sun-rain sequence continued for the entire day and when we headed north from Hwy 17 to Elliot Lake the rain actually changed to pea-sized sleet! 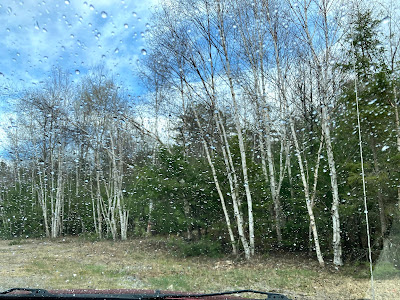 Upon our arrival at the house we were amazed at the difference between the trees in Ottawa versus those in Elliot Lake. The leaves are just coming into bud, while in Ottawa the trees are full and green. 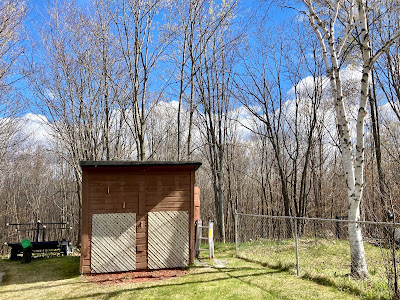 Nonetheless, the bugs had not yet arrived in full force and John took advantage of their absence to put up the gazebo the following day. With that accomplished he grabbed his kayak and hit the lake. He's managed to go kayaking almost every day since.

The following photos were all taken at various locations on Elliot Lake. 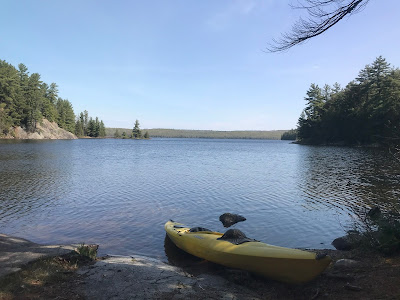 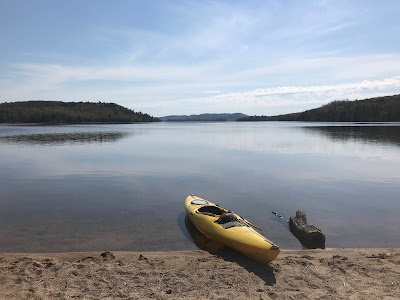 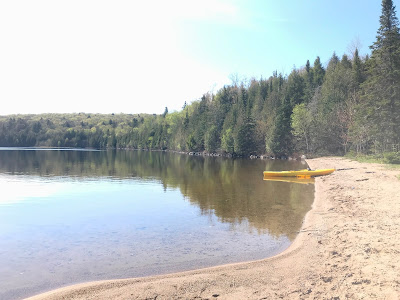 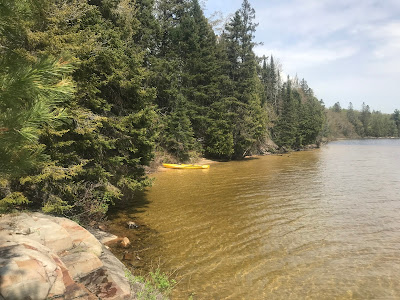 The mercury reached 27C on a couple of days and on Wednesday, May 19 John enjoyed his first swim of the 2021 season. 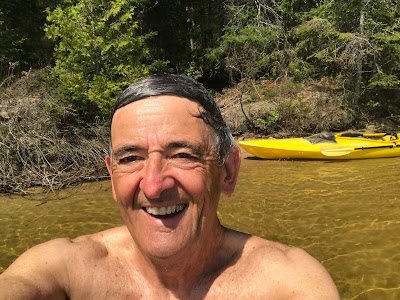 Knowing my dislike of bugs, Mark and Alan suggested we meet at the Boom Camp Trails on Lake Huron for a morning walk. They promised me there would not be any bugs and they were correct! It was a perfect day. A brilliant blue, cloudless day. Calm like water. Gentle breeze. Great company. Wonderful conversation. A picture perfect day. 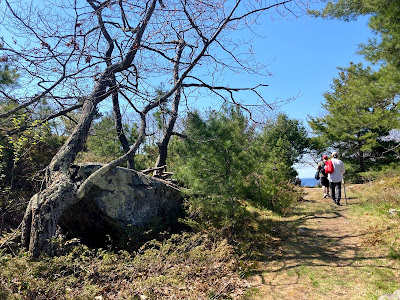 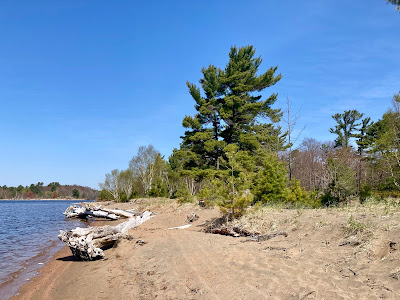 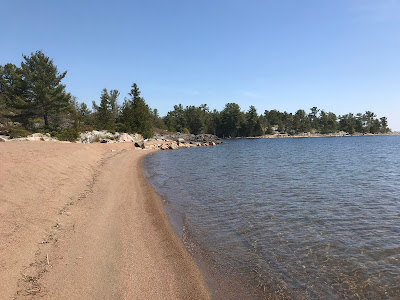 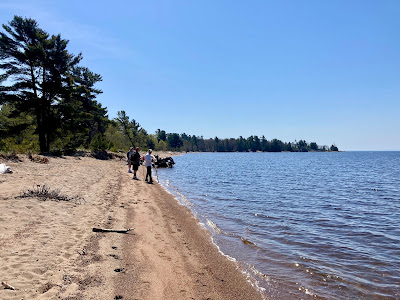 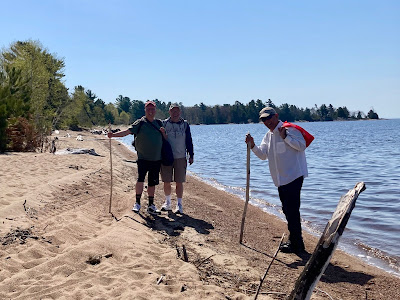 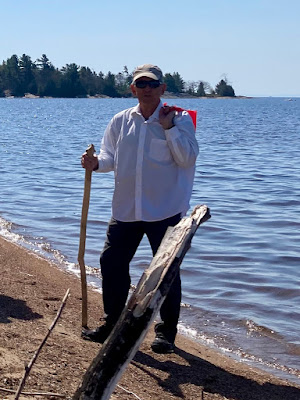 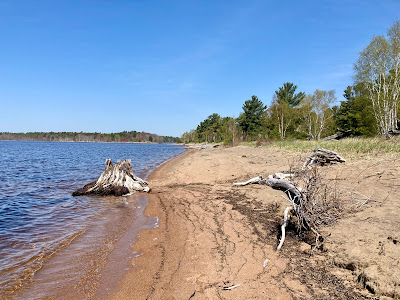 Along the way, Alan said we needed to collect tiny branches for kindling, as well as some birch bark to get the fire going so we could have coffee when we reached out destination and so, I did as I was told - much to mine and everyone else's amusement. 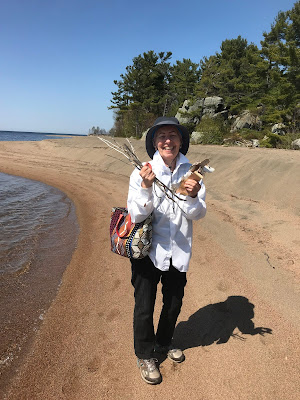 Just to be safe I'm wearing one of John's white shirts to keep away any bugs. 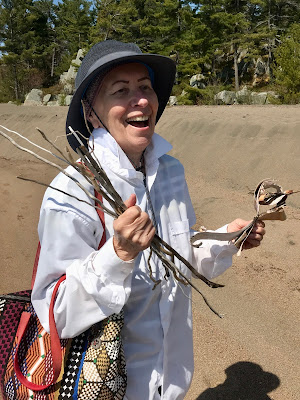 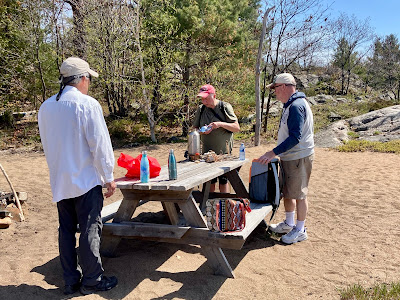 After a glorious cup of coffee and a long chat with lots of belly laughs by the beach we returned to our vehicles. For this and so many other reasons, we're ever so grateful to be back in the Great White North.
* 💖 *